The announcement from today’s Los Angeles Times that onetime local morning news standout Michaela Pereira unexpectedly announced her impending departure from the co-anchor role of FOX 11’s GOOD DAY LA immediately made me think of an impromptu focus group in a San Fernando Valley fire station several years ago that reinforced some disturbing truths about how and why presenters are cast.  Yes, I was very specific about my choice of the word “presenter” vs. “reporter” and “cast” vs. “hired”.

Local news is far and away the lifeblood and profit center for what’s left of over-the-air television these days, so there’s intense pressure on those who run stations to deliver on those fiscal expectations.  The playbook was developed in the 1970s by the Eyewitness News format deployed by the ABC owned-and-operated stations in cities like New York, Chicago and Los Angeles.  “If it bleeds, it leads” choices for stories, typically involving violent crimes.  Breezy, upbeat music–the original theme was the heavily orchestrated theme from the macho Paul Newman western “Cool Hand Luke”.   And, to be sure, attractive anchors, particularly females.

Nowhere was this playbook more successful or evident than at KABC-TV Los Angeles, whose leader of that era, John Severino, passed away earlier this month.  Severino led that station, and eventually all of the owned-and-operated stations for ABC and CBS, for decades, largely on the track record of success he developed.  He also developed a reputation for being heavily involved in the choice of female anchors for those stations.  Long before “me, too” awareness was raised, it was a very poorly kept secret that in order to be considered as a candidate for such a coveted–and high-paying–job, women would ultimately have to “spread for Sev”.

To be fair, he was hardly alone in that approach in that era, and it was ultimately the decision of those who chose to engage in such behavior to participate accordingly–unlike many others then and since, no public charge of assault or coersion was ever lodged against Severino, who was married for 61 years and lived 85 very productive and lucrative years.  He also knew what worked, and he had the ratings books to prove it, as well as the sales acumen to monetize it.  The women–and men–who wore the stylized Channel 7 blazers were journalistically auspiced, but all involved knew damn well the ability to make a viewer dream about being alone with them on a desert island was the subliminal difference that set them apart from, say, the more paternal network news presenters of the era.

Nowadays, the FOX-owned stations have similar beliefs about what draws a viewer to their newscasts, and nowhere was that truth more borne out that when I got to schmooze with those firefighters a few years ago when they did a fund-raiser for a KTTV newswoman who was battling cancer.   Their cause was noble, they were fans.  The anchor had been forthcoming about her struggle, documenting her battle and her shaved head in ongoing pieces.  But as I sat with them and complimented their intention, one by one they admitted “we just can’t wait to have her back to normal so we can think about how hot she is while we wait to go out and save lives”. 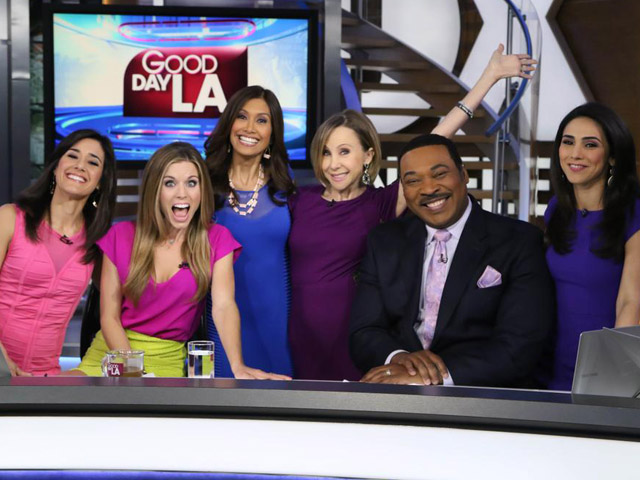 I was uncomfortable but curious, so I started to ask them who else they liked on the station.  They identified the female anchors and personalities one by one; one particularly expressive firefighter observed “have you noticed that each day each of the women is wearing a different color solid dress, and that they collectively look like a Miss Universe pageant?”  I asked him why he thought that was the case.

He answered, “So I can tell them apart while I think about being under the desk between their legs?”

Disgusting, to be sure.  But upon reflection, spot on.  The Armenian anchor would wear yellow.  The Filipino weather girl would green.  The Japanese field reporter would wear red.  The Thai traffic reporter would wear bright blue.  The black co-anchor would wear orange.  The Latina would wear black.  Et cetera.  Et cetera,  And rarely would any of them be wearing a pantsuit.  And it was clearly consistent with the attitudes of those who cast FOX news personalties nationally.  Just ask the likes of Gretchen Carlson or Megan Kelly.  Better yet, read their books or their court testimonies.

Which brings us back to Periera.  While this was going on at KTTV, she was gettting higher ratings at arch-rival KTLA.  Eventually, she was tapped by CNN to co-anchor their revamped national morning news, but when that show began to wane during the early days of the pandemic, concurrent with a management change at KTTV she returned to local morning news in 2020.  Periera is indeed a diversity hire, but in her early 50s and prefers pantsuits, for obvious reasons.   But for as much as her head shots might convey differently, her ratings track record spoke volumes.  So she got her chance.

KTTV is still trailing in morning ratings, and they’re about to get another longform competitor in CBS’ duoply station KCAL next month.  They are redeploying their talent and bringing in fresh faces from other markets, and right on the cusp of a white hot midterm election that will provide ample opportunity for candidates to buy spots.  Their seven-hour effort starts September 12.  Periera’s last day will be September 9.

Pereira’s farewell letter to her colleagues, as reported by the Times, was upbeat and positive:

“I came to the fantastic team at GDLA to help fulfill a mission,” Pereira wrote in a memo to the newsroom Wednesday. “It was centered in a time when the world was challenged in a way we couldn’t even begin to estimate nor fully understand. I am nearly 2 decades into my love affair with Los Angeles, this opportunity felt like the best way I could be of service and contribute to the effort to get the place we all call home through such a bizarre time.

“Now there is a calling again to explore,” she continued later in the note. “Over the last several months there have been some new opportunities that are calling me again — things that align with my personal mission and purpose. I feel compelled to create and dig into these new adventures. Of course, I will share more with you when I can.” She called her time at Fox 11 “a joy and a privilege.” 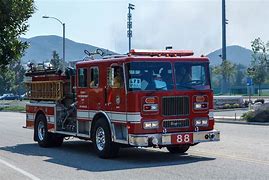 Classy, to be sure,  But it would be wrong not to think a few firehouses supplied some of its residents for some actual focus groups that likely helped her make her decision–or prompt the pressured station execs to decide it for her.

The anchor who had her battles with cancer is healthy again, her hair has returned, and she is expected to continue with the station.  The Miss Universe approach is continuing, though there is a search underway for fresher, even more diverse talent.  And the middle-aged men who are surrounded by them, both in front of and behind the cameras, also appear to be safe–for now.

Severino is gone, and there’s enough awareness now that whatever may or may not have gone on in his day is either not occurring, or at the very least is not being elevated to any level of scandal the way it was at the national FOX News Channel.  And far fewer people, particularly those under age 55, watch any local news these days at all–though advertisers continue to pay premiums for those who still do.

So those hard-core fans waiting to battle fires become even more crucial to court, and the imagery of being under their desks more influential in their castings.  I’d like to think their reporting skills will matter as well–I hope that that’s the case, at least.

But I have my doubts.  And that’s hardly breaking news.