I’ve written quite a bit about what has been going wrong in my world and the world at large IMHO of late, frequently looking back at happier and more influential times for context and support.  Today I’m going to try and look at the present and future for positivity with examples of how dreams can prosper as long as you have them.

You may know the CBS comedy B POSITIVE, yet another half-hour from the prolific Warner Brothers-housed factory of Chuck Lorre.  Because it came from Chuck, who has supplied CBS with perhaps its most successful acquired programs of the last two decades, THE BIG BANG THEORY and YOUNG SHELDON (not to mention MOM; G-d I miss that show!!), B POSITIVE was the first show that CBS felt strongly enough about in the 2020-21 development cycle to order to pilot.  What you may not know is the back story behind it.

Marco Pennette is a comedy writer who you may have known for his modestly successful 90s NBC show CAROLINE IN THE CITY.  (Amy Pietz, G-d I loved you!) After a string of sh0rt-lived shows and being a victim of sweeping creative change on the one more successful show he worked on  (UGLY BETTY), Pennette was diagnosed in 2013 with renal failure at 47 years old.  He required a kidney transplant.  For a father of three young daughters along with his partner, this was both the challenge of a lifetime, and a helluva sitcom premise.  Assuming he could survive, of course. 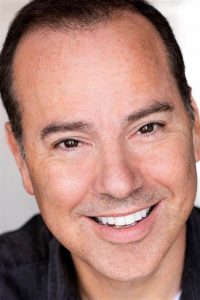 Well, Marco did live, and his experience became the basis for B POSITIVE, which, ince the pandemic shut down pilot season in spring 2020 ultimately became the one idea Kelly Kahl and his CBS team could actually look at 20-ish minutes of production and testing to determine if it had a chance to make it.  Of course, it was ordered to series.  The show features familiar territory to fans of Lorre series–well-intentioned good guy is connected by fate to a woman or lifestyle way beyond his pay grade, hilarity ensues.  If you raise your hand and say DHARMA AND GREG, TWO AND A HALF MEN or BIG BANG, you wouldn’t be wrong.

Season one followed the storyline of a divorced father and therapist (Thomas Middleditch) who needs both a kidney transplant and a social life.  He ultimately finds both via a chance reconnection with a long-lost high school crush (Annaleigh Ashford) who is driving a delivery van for a retirement home in the San Fernando Valley.  When it turns out she is incredibly a blood type match, Ashford’s character agrees to donate one of her healthy kidneys to Middleditch’s.  He survives (just like Marco), and they grow closer.  Season one ends with the successful transplant, and fairly successful ratings.  What now?

Well, the kernel of an second act ultimately laid in the premise of the retirement home, which just happens to be populated with numerous veteran actors whose now older faces are still recognizable to the CBS fans who likely grew up with their earlier works,  Valley Hills residents just happen to include the stars of ALICE (Linda Lavin), DR. QUINN, MEDICINE WOMAN (Jane Seymour), PIPPIN (Ben Vereen) and CHICAGO HOPE (Hector Elizondo).  And, initially, Doc from THE LOVE BOAT, Bernie Kopell (I, for one, also fondly remember Kopell as Siegfried from GET SMART).  Kopell’s character, who was befriended by Ashford’s, dies in season two’s first episode and leaves Ashford’s character with $48 million. 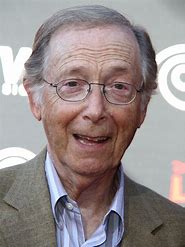 Now the benefactor has become the benefactor.  Ashford’s character buys the home and saves it from extinction, keeping its residents together.  Middleditch signs on to help her run the place, and now a lane for true connection beyond white knight syndrome ensues.

The construct of older people looking for a vibrant second or third act has been thriving in network TV since THE GOLDEN GIRLS.  I personally worked with Norman Lear on a passion project of his, GUESS WHO DIED, that ironically featured Elizondo as one of its stars. Aside from allowing me the thrill of teaching Mr. Lear how program testing had evolved, it was a disappointment–it didn’t get ordered to series.  One of the learnings we got from the testing was that the pilot was too focused on death and looking back.  B POSITIVE’s plot pivot does the opposite.  These characters, like their portrayers, are thriving in their later acts. They are inspirations, and boy do I personally identify.  B POSITIVE’s ratings are solid, it is a strong candidate for renewal for season 3 and may yet tape actual episodes in front of a studio audience, as most Lorre shows have and indeed its pilot was the only one of its shows to date that has done so.

So much for that B POSITIVE.  Let me tell you the B+ Foundation and its inspiration, Andrew McDonough,  As the foundation website explains: 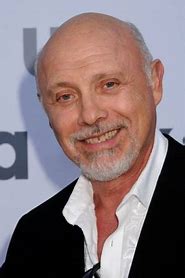 Andrew, a 14-year-old athlete and ‘A’ student from Wilmington, Delaware. January 27, 2007, Andrew helped lead his team to victory in a Pennsylvania state championship soccer tournament. Within 48 hours, he was in cardiac arrest. The diagnosis was AML Leukemia. The prognosis was grim. In fact, doctors didn’t expect Andrew to live through the night. Amazingly, Andrew fought for 167 days before going to Heaven on July 14, 2007.  Andrew’s B+ blood type became the perfect message — BE POSITIVE — to reflect how he lived his life and how he inspired others to do the same. Throughout his illness, Andrew inspired thousands to B+ and “Live Like Andrew.”

So Andrew, unlike Marco, did not survive his cancer.  But other children similarly afflicted still can.  The foundation just happens to be associated with a contest that a very dear friend of mine is entered in where the winner will receive a cover story in an influential lifestyle magazine and a life-changing grand prize.  Like the Valley Hills resident, she pursuing her own dreams as she enters her own later acts (Thankfully, she is quite physically healthy).  Like Ashford’s character, not to mention other Lorre sitcom characters, she is far out of my league but entered my life through fate.  The attraction is undeniable but the reward of true connection is even more blissful.  I’d literally do anything to help her.  Thankfully, you can help as well, and not just her.

Every vote you purchase for her will be a donation to the B+ Foundationand will go toward saving other children’s lives in Andrew McDonough’s memory.  If you can’t afford a vote for charity, you can still vote for her for free via Facebook once a day.  She has already made it through two rounds of competition where multiple winners in her groups advance, but now she has to be number one in order to continue her climb to the top.  So I’m hoping some of you who read this will be inspired enough to connect with my Facebook page, learn the name of her and her contest, DONATE!!! ,and encourage others you may know to support her and her noble cause as well.  It’s tax deductible, too, by the way.

I feel like my life of late could be a sitcom premise of its own.  Maybe even a companion piece to B POSITIVE.  My script is still being written.  Arguably, these blogs could be the IP that can inspire it.  Your support of my friend, let alone your continued readership, could make the storyline even more positive.  Everybody loves a happy ending.  They always test quite well.  I’d love the chance for some more dreams of later-life success to come true, just like Marco Pennette’s.

And Mr. Lorre: I’m open to negotiating my life rights with you and your team.