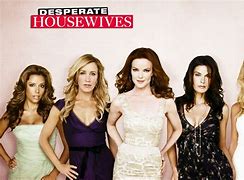 Given the schedule I’ve been keeping lately, I actually relished the opportunity to spend a day with NFL Sunday Ticket and watch a whole lot of football.  I used to cherish the chance to watch games with a group of friends, but as we’ve discussed before this pesky virus thing has so many of those one-time comrades petrified we’ve almost given up that ghost for this season,  But this was a very special Sunday, so it was somewhat apropos it was spent in solitude.

17 years to the day previously I married my second wife.  At the time it was the most anticipated day of my life.  My wife planned an eclectic day, resplendent with unique touches that made a beautiful picture at the fancy hotel she convinced her mom and stepdad to spring for.  Early that morning it started to rain.  It proved to be an ominous storm. 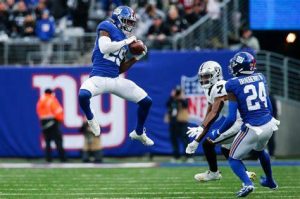 In the next 12 hours there were family meltdowns, relatives of hers were thrown out of the hotel, her brother showed up high with a stranger he met the night before as his date, my 4-year-old nephew was screamed at at the altar, my cousins were ostracized because they chose to take a picture without the bride, and the night ended with the two of falling asleep watching Desperate Housewives.  And that’s ALL that happened. :).  We obviously didn’t watch any football that day, and frankly I missed it.

So on this “anniversary” it was appropriate that I settled in for what bode to be a meh Sunday.  I have a number of teams I have vested interests in, plus for the first time in decades I have two competitive fantasy football teams.  So I kept flipping between channels, looking for something exciting or newsworthy.  I was more than pleasantly surprised.

The Giants rose up with a  strong defensive effort and beat the Las Vegas Raiders, who entered the game a surprising first in their division.  Considering the current rooting interest of a one-time friend, this one was especially satisfying. 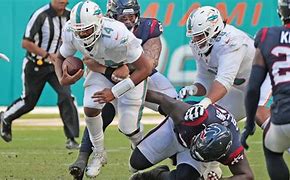 The Dolphins escaped with only their second win of the season, against an equally weak Houston Texans opponent, and turned the ball over eight times during it.  But they got the win.   My new beautiful friend loves the Dolphins, so  was quite happy.

The Bills, a team I followed during my college years in upstate New York, should have had a cakewalk in Jacksonville.  But they never got their offense going, with the nail in their coffin delivered when Jacksonville defensive back Josh Allen intercepted Bills All-Pro quarterback–Josh Allen.  Another win for Florida!!

I tend to like Green Bay, but it’s the favorite team of another one-time friend and I’m simply aghast at the arrogance of Aaron Rodgers, who missed this game.  Yep, they lost.  My fantasy quarterback Pat Mahomes was once again mediocre, but he got a TD and scored enough points to lead my Yahoo team to victory.

I like the Chargers these days, and will be going to see them in person next month,  Justin Herbert is my other fantasy quarterback, and he had a pretty decent game.  The Chargers were in Philadelphia–by definition the Eagles are the enemy for any Jets or Giants fan.  Despite a truly horrendous kicking game, they got downfield enough on the game’s final drive to be close enough to kick the game-winner.  It’s going to be a very interesting second half. 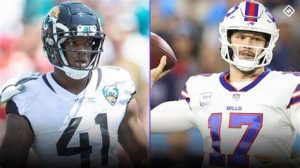 The Rams have been the golden ticket so far this season, and a friend scored tickets for the Sunday night game that I kinda wished he had asked me to.  We had both been to their previous Sunday night home game, their home opener, and they had a fantastic game, with new quarterback Matt Stafford having a superb night.  With a much more formidable opponent last night in resurgent Tennessee, Stafford was positively awful, and the Rams lost for only the second time this year.   Guess he should have invited me!! 🙂  (Oh, Staffordwas my fantasy opponent as well, so his poor performance helped me secure a victory).

Both my fantasy teams won, and it capped off a weekend that actually began with news of an even more important personal victory.  When the check clears I’ll be able to give details, but if you refer to my August 4 post you’ll know what I’m referencing.  Leblanguage needs to be cryptic, but let’s just say it looks like a former college quarterback was sacked.

Any given Sunday can start out one way, but what makes it worth the journey is seeing how it ends.  Sometimes you’re pleasantly surprised.  17 years later, I finally was.