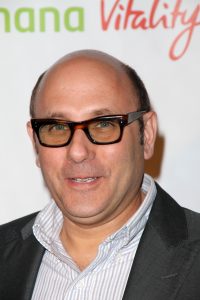 I actually looked forward to the reboot of SEX AND THE CITY that debuted this week on HBO Max.  As someone who watched a lot of TV with my wife, this show became a staple of our binges and often one of the few escapes from the misery I endured.

The show took on a special place in my heart after my previously documented experience with co-star Willie Garson.  After he helped me live out one of the few bucket list items on my still mostly unchecked list, I would watch the ubiquitous marathons on E! of the same 94 episodes over and over.

I may have been one of the oldest, straightest men who could quote and relate fully tp the isolation and despair Carrie Bradshaw felt when she uprooted her life to move to Paris in the quest for Alexander Petrovsky (Good God, how COULD he be so cruel?!???!)

So as this particular week of sad-iversaries unfolded and as Christmas slowdown and lockdown descended upon my world I really, REALLY needed an escape.  I really, REALLY needed a familiar, disposable half-hour or so of mindless comedy.   I saw Kristin and Cynthia on the talk show circuit eagerly talking about the show and I loved the fact that as a stubborn DIREC TV subscriber I could actually receive the show.   Early this morning, I finally had the chance to see the first episode.

And just like that…Big died.  And so did any hope of the escape I DESPERATELY needed.

REALLY, Michael Patrick King?!??!?  REALLY, Darren Star?!??!?!   REALLY, Casey Bloys?!??!  REALLY, John Stankey?!??!  You waited 11 years to try and resuscitate a franchise your predecessors utterly trashed with the second theatrical movie that wound up as a Road to Abu Dhabi farce and THIS was your major plot line?!?!?

In a world that so desperately needs hope, so desperately NEEDS comfort food TV, at a time of year when yet again we are being IMPLORED and BEGGED to isolate YET AGAIN, you KILL OFF a main character IN THE FIRST EPISODE?!??!!?  ARE YOU F**KING KIDDING?!?!??!?!?!?!?

I turned off the TV.   I deleted AJLT from my Watch List.  I have absolutely ZERO interest in watching another single minute of the reboot.

And just like that…I saw HBO Max’s spin on the “overnights”.  How successful they were in getting sampling,  How their relative success was significant.  No actual numbers–no streaming service is obligated to provide such context to an increasingly clueless trade press these days.  It SOUNDS like it was a hit.  Therefore, it was a hit.

In Leblanguage, WAS frequently plays out as MAY HAVE BEEN.  And when a franchise so callously destroys the very threadline of the original series–will our heroine get the man of her dreams–and completely negate the happy ending that was the coda for the first 94, you run not only the risk of ruining the potential for the subsequent episodes of AJLT but also for the original!!!!!!

I am throwing down a CHALLENGE to HBO Max to divulge any and all future data on how the balance of the series rates, as well as how much viewership an extremely resilient library series retains now that it is fully under corporate control again.

In a classic Bugs Bunny cartoon produced by the same studio Daffy Duck and Bugs try to top each other with vaudeville acts.  Everything Daffy does is met with crickets and everything Bugs does is met with thunderous applause, leaving Daffy sputtering “you’rrrrrrre disthicaple!!!”.   In complete despair, Daffy then dons a devil suit, swallows huge amounts of nitroglycerine, gasoline and similar incendiary liquids, lights and the swallows a match and succeeds in blowing himself up.   The audience finally explodes in thunderous applause, and Bugs is clapping the most ardently.  “That’s terrific Daffy!!  They LOVE you!!!” he exclaims.  As his spirit floats off (to heaven?!?!), Daffy folds his arms and admits “Yeh, yeh, but I can only do that act once!”.  One can only surmise Darren, Michael or some other executive can identify.