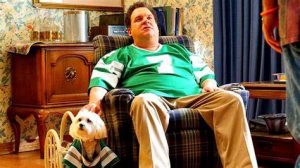 Yesterday Sony Pictures TV (in full disclosure, the source of my health insurance for another 15 days) announced that actor Jeff Garlin will be leaving THE GOLDBERGS, its ABC network sitcom. Garlin had been accused on multiple occasions of inappropriate language and personal conduct with colleagues and staffers.   Several quotes from an article earlier this week in Vanity Fair that had Garlin something short of resolute did not help.

For Sony, this is the third time in the last six months they’ve had to deal with negative press surrounding actions of key members of its franchise series.  First the Mike Richards-JEOPARDY! situation that saw him rise from obscure executive producer to Alex Trebek’s replacement on JEOPARDY!, only to lose both gig within weeks of disclosure of several misogynistic acts from his past. 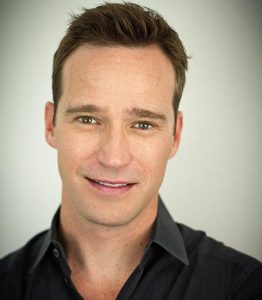 Then the DR. OZ news, with Mehmet’s embracing of alternative views surrounding COVID-19 treatment creating a window of opportunity for him to run for a key Senate seat in Pennsylvania that quickly spiraled into the abrupt cancellation of the show.  While Oz will produce a replacement series co-starring his daughter, it hardly suggests a mutually desired end to a long-running relationship.

And now Garlin.  One could surmise that maybe he was simply in 1980-something mode, where behavior like that of which he was accused was rampant on show sets.  Apparently it had been going on for a while,  Which brings to question not just what happened, but why the timing to react to it was now.

THE GOLDBERGS has been Sony’s last remaining broadcast network sitcom, now in its ninth season and nearing 200 episodes total.  It has already been sold into and has essentially run its course in syndication, now relegated to secondary time slots and cable networks as well as library utility by its streaming licensees.  (Sony does not operate a streamer of its own domestically, negating

its utility as a cash cow the way other studios now deploy their IP).

ABC owns 50% equity in the show and while it continues as an adequate performer in first-run its ratings trajectory is in line with that of all prime time broadcast TV–steady decline.  They own outright almost all of their other network series.  And as a decidedly American period piece of comedy THE GOLDBERGS has little international value for either partner.  Indeed, Sony TV announced last year that it was effectively abandoning the development of new traditional half-hour comedies, citing these business reasons as the rationale for the decision.  For a company built on–and still benefitting-from the library of Norman Lear that was a particularly sobering, but hardly incorrect, decision. 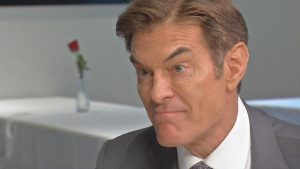 So the question begs asking–was the timing of these revelations mere coincidence?  Or does the fact that at this point in its life cycle THE GOLDBERGS is a loss leader for Sony?  Perhaps the fact that continuing the show creatively beyond this point–it’s based on creator Adam F. Goldberg’s childhood, and the real Murray Goldberg didn’t pass away until 2008–might be impossible?

It’s not that Sony’s reactions to these challenges are wrong.  There’s just a consistent thread that what seemingly drove them TO react was influenced heavily by business realities as opposed to moral compasses.  Not that that’s news.

It’s highly likely that THE GOLDBERGS will not return for its 10th season.  Garlin will be fine; CURB YOUR ENTHUSIASM isn’t going away and even if he’s me-tooed out of that role he’s more than made enough to live on and gamble with safely.The staffers–those who love and support traditional comedy–may not be so lucky.  Hopefully there will be other opportunities within Sony for their skill sets.  We will see.

We will also see what. if any, fallout there may be in the executive ranks after this unholy trilogy.  That’s a business reality too.  I’m sure we’ll be writing something about it down the road.