Thirty years ago Penny Marshall produced what she would later describe as her most satisfying film, a poignant look at the World War II era All American Girls’ Professional Baseball League called A LEAGUE OF THEIR OWN.  With the likes of the imposing and stunning Geena Davis and a vulnerable Tom Hanks as leads, not to mention career-defining turns for supplemental players like Madonna and Rosie O’Donnell, the movie has stood the test of time and has been proven to be an inspiration for a new generation of female athletes.

But as Marshall herself confessed to the architect of the recently released reimagination of LEAGUE that dropped last week on Prime Video, Abbi Jacobson, prior to her death in 2018 her version was whitewashed.   Like the current WNBA and NWSL, a significant percentage of players identify as queer.  Closeted players competing in a wartime, jingo-istic attempt to maintain a presence of professional baseball as wartime deployments depleted the major leagues of male players, particularly in a league based in small Midwest towns, were faced with the additional burdens of concealing their true identies and sexualities.  It is this version that Jacobson is telling. 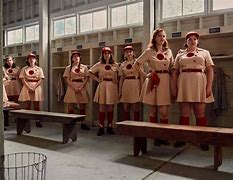 With new fictional characters portrating the members of the actual league that were not in the movie, this version does have familar overtones.  Jacobson’s Carson Shaw, like Davis’ Dottie Hinson, is a standout rube from a small Pacific Northwest town who dashes for a train with a valise and a satchel of bats to pursue her baseball dream, leaving her small town life–and, we learn, her soon-to-return from active duty husband–behind in the process.  Unlike Hinson, Shaw is confused–about her role as a wife and, ultimately, as a straight woman.  Jacobson’s personal journey has been no different, as she has openly shared (She recently announced she is gender-fluid with relationships and is currently involved with a female).   She bonds with many of her teammates who are on similar journies, and who struggle with their own identies as athletes and as women. 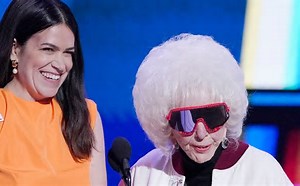 While Marshall is no longer around to corroborate this truth, but a consultant for the series who played in the actual AAGPBL, Maybelle Blair, recently came out herself. At age 95.   Blair confirms the fact that a significant proportion of her peers had to live in hiding, as she herself did for the majority of her life.  Indeed, she was  the actual “All The Way Mae”, the nickname adopted by the allegedly promiscuous character Madonna wryly portrayed in the movie. 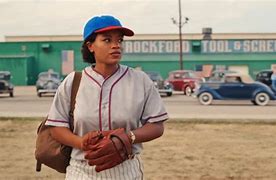 So yes, there are other Ls in this version besides League, and Lesbian is one of them.  But it’s not the only one, and please don’t believe you’re going to see the steamy sex scenes of THE L WORD in this series.  This is a story about pursuing dreams and passions.  And none are depicted as strongly as the character Chante Adams portrays.  As Max Chapman, loosely based on the pitcher that strikes out Hinson during tryouts in the movie, we see a superbly talented athlete who is denied the chance to compete in the AAGPBL because she is Black.  Remember, this is three years before Jackie Robinson was signed to a minot league contract.  Her determination is unbridled, and her struggle just as painful as those of the other women in this series.  Her L Word is Legacy, and she doggedly pursues her own. 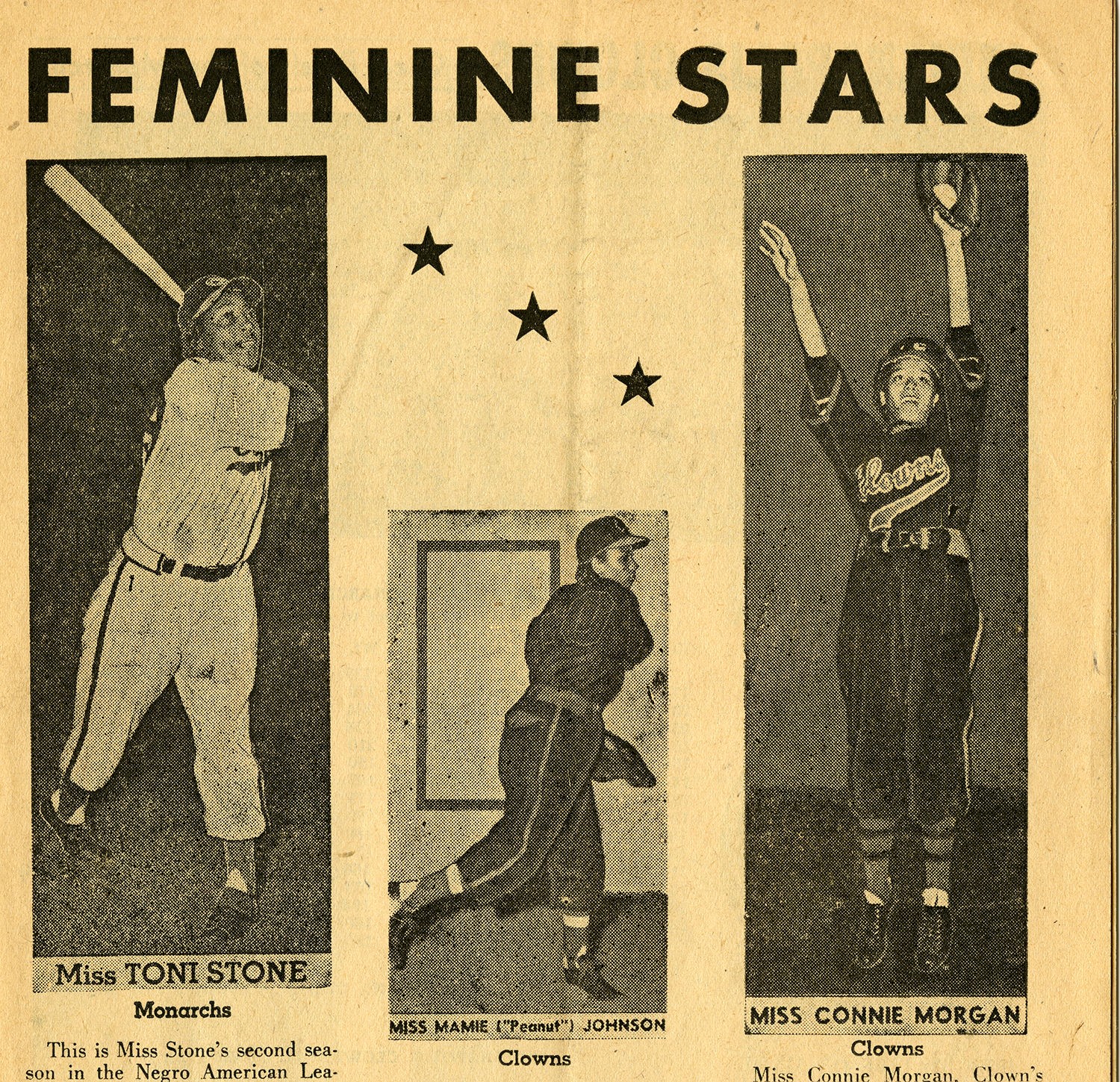 And in doing so, she allows curious folks like myself to learn that nearly 70 years ago the Negro American League’s Indianapolis Clowns–the same team that once employed Hank Aaron–signed two women to its roster.  While the major leagues were well on their way to full integration, there were still pockets of resistance and Indianapolis–notably, a Midwest town–did not have a major league men’s team at the time (and still doesn’t).  Along with Toni Stone of the Kansas City Monarchs, Miss Mamie (Peanut) Johnson and Miss Connie Morgan remain the only women that have played a game of major league professional baseball.

As is this adaptation.  There may not be crying in baseball, but we can shed a couple of tears cheering for the courage and honesty this series depicts.