When CBS announced their fall schedule this past spring, eyebrows were raised when, for the first time in its history, no new situation comedies were ordered to air.  As part of the deflection, it was noted that there was a sort-of comedic tone to THE REAL LOVE BOAT, a reality series inspired by the light anthology comedy of the 70s and 80s that is part of the Paramount IP library.  With ample promotion across the company’s array of assets, and a delay of a week following the premieres of several of its reliable dramas, it was dispatched to the leadoff position on Wednesday nights at the beginning of this month.

More than a few creatives I know were snarking even more sharply than moi, noting that this IP had failed to regenerate itself in the late 90s with a new cast on UPN, and that, while Jerry O’Connell and Rebecca Romjin are perhaps two of the nicest and hardest-working people in show business–and, by all indications, a couple very much exemplary of loving–they are hardly talents that brought any sort of star power to a project like this.  And while on paper it filled out an all-reality night sandiwched nicely between long-running hits SURVIVOR and THE AMAZING RACE, it was tonally different enough from its more competition-centric lead-in and lead-0ut to actually turn off viewers of both, and dropped from a marginal start to even lesser levels as October unfolded.

So it was little surprise that it is the first show to be dropped by a broadcast network this season, as The Hollywood Reporter reported Friday:

CBS’ dating show The Real Love Boat has been pulled from the broadcast network after four episodes. It will finish out its season on Paramount+. The move comes after the show, an unscripted spin on the 1970s-’80s romance/comedy anthology, pulled in soft ratings numbers for its first four episodes. The Real Love Boat is CBS’ least watched primetime series of the fall, averaging a little under 1.9 million same-day viewers and a slim 0.24 rating in the key ad demographic of adults 18-49. Delayed viewing hasn’t helped much: After a week of DVR and on-demand viewing (as measured by Nielsen), the first two episodes rose to just 2.59 million viewers and a 0.3 among adults 18-49.

Notice the wording.  It has not been cancelled.  No, it has been relegated.  Much like an underperforming soccer team.

In the UK, the three teams at the bottom of the “table” at the end of each Premier League season are relegated to Division Two.  Teams that don’t make the cut suffer the indignity, and, yes, the financial hit of moving down in status.    It’s a uniquely Darwinian approach that many sports observers believe might be worthy of adoption by several North Anerican sports leagues, but so far hasn’t gained traction.

And with media companies obsessed with–and pouring billions into–growing streaming services, even shows that fail on broadcast TV these days still bring cumulative audiences at sizable enough scale to potentially bring some new viewers (and subscribers) into their camp.  If even a fraction of the 2.59 million viewers who did watch RLB choose to cough up a few bucks to subscribe to Paramount+, Paramount Global cuts some of its losses.

It’s not like this is the first time an underperforming unscripted series has been relegated.  This past spring NBC’s THE COURTSHIP, a BRIDGERTON-like dating show with competitors wearing costumes from the Regency era, was quickly moved to USA (and Peacock) after delivering roughly half the viewership that REAL LOVE BOAT did.  And as far back as 2004, FOX moved quickly to shift THE NEXT GREAT CHAMP from its own air to FOX Sports Network after that boxing-based reality competition failed to deliver anything approaching the levels of the many other reality series on its air at the time.

Shows fail all the time.  When broadcast networks were the only dinosaurs roming the earth shows thar didn’t cut it in the fall were pulled and “burned off” in the summer and/or on lower-rated evenings.  These days, those options don’t really exist; Saturday nights are generally reserved for sports and encores and the summer months effectively used as a template for separate series arcs.

And perhaps, in a world that’s ever changing, the concept of relegation may need to be revisited.  As NBCUniversal’s Jeff Shell reminded during the Comcast third quarter earnings call last week .  Following up on an earlier statement by Comcast chief Brian Roberts cited that his company was “becoming fairly indifferent to what the consumer prefers”, Shell doubled down by adding: 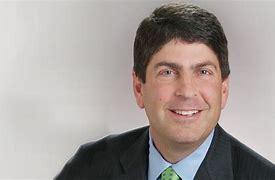 NBCU has become “fairly indifferent” as to whether programming airs on linear TV or on Peacock. The second measure of success, he added, is straightforward return on investment.

Given the increasing drumroll of support toward eliminating the 10 PM weeknight hour as of next fall both within Comcast and among its larger affiliates, it would appear there may be some relegating–or redeployment, to be sure–ahead.  Audience delivery will be one factor, to be sure, but portfolio value and potential to grow Peacock will also play a role.  It’s entirely possible that one or more spokes in the LAW AND ORDER or ONE CHICAGO franchises could wind up on Peacock.  And, again, it’s not without precedent that franchises get extended across corporations–indeed, LAW AND ORDER: CRIMINAL INTENT had a healthy run on USA after its NBC run began to experience rating declines.

So just consider THE REAL LOVE BOAT the TV equivalent of Burnley.  They’re one of the three Premier League teams that is now competing in the Second Division.  The difference is–Burnley might very well make it back.  For Jerry, Rebecca and their amorous passengers–their ship has sailed.