It’s Sunday, so it’s arguably time for some confession.  Here’s one that’s hardly shocking to anyone who knows me.

I HATE being alone.

My personal circumstances are a bit more exaggerated than many.  I endured a decade and a half of a partnership that encouraged me to spend every waking minute apart from work at home, catering to every emotional demand of someone who frequently chose virtual life and avoiding public contact for supposed health concerns.  I willingly chose to support those habits, among others, out of perverted loyalty, an exaggerated concept of what it supposedly meant to be a partner, and, frankly, personal laziness.

My work was my escape; my opportunities to have lunches with colleagues or even just congregate on the lawn area in front of my building where I’d encounter happy clusters of younger co-workers catching some rays or waiting for an overpriced food truck treat would respectfully invite me into their conversations.  To them, I was the seasoned, likable fountain of knowledge; some would even pick up on the fact that I was almost always alone.  Occasionally, some would say come join us and hang.   They had no idea how healing that simple gesture was.

So when the pandemic and lockdown coincided with my departure from that business world, the impact on me was doubly jarring,  Now I was limited to the expanse of my cluttered house and my self-isolating partner who would go out of their way to remain transfixed to a computer screen texting and face-timing with online friends from around the world who shared interests in a cause or a certain popular singer.

As I’ve embarked on this transformational journey amidst this altered reality, I’m never not stunned at how truly desperate some people are to demand a life of isolation,  A story in The Insider yesterday reported that more than 30 per cent of surveyed individuals under 40 were resisting their company’s demands to return to a physical office.  The reality of The Great Resignation has created a culture that now values their time and health so much that they file grievances against CEOs who are threatening them with discipline or termination if they refuse to work at least part time in an office. 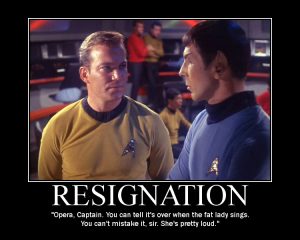 They report that the greater control they have over their daily schedules, devoid of the pressure and cost of commuting allows them to have better work-life balance and demonstrably greater productivity,  Their contention is that they are making more money for their employers and that they have more at their disposal that they aren’t “wasting” on gas, commissary meals or dress clothes.

Another story on that site spoke of the pushback against a Philadelphia law firm that was attempting to impose restrictions on what kind of clothing was acceptable for the return to the office,  For example, “ath-leisure” wear was specifically deemed unacceptable ; “appropriate dress attire with traditional fabrics such as wool and rayon shall be worn at all times.  T-shirts and logos were banned.  Dress sneakers could only be worn on alternate Fridays”.   Employees have threatened a walk out later this month unless management revisits this.

Now add to all of this the renewed debate regarding the impending wave of BA.2 Omicron that is already starting to spike in several larger U.S. cities and has contributed to a new surge in the U.K. that escalated hospitalizations to levels not seen in more than a year.  A renewed level of panic has set in, escalating the desire for remote work to yet another sense of urgency.  With the motivation of parenting challenges, exorbitant prices for gas and food (let alone masks) and now their very health behind them, this is now far more than a culture war.  To many, it’s a battle for survival, both personal and professional

On the one hand, traditionalists like myself thrive on the concept of watercoolers, hallways, chance encounters and even side-by-side urinal chats as ways to advance knowledge, connection and bonding, Every single position I ever got was due directly to personal connections and face-to-face meetings.  On the other, less traditional, younger workers are equally adamant that the need for personal control is most valuable to them.   Certainly, the statistics backing the meteoric growth of contactless businesses like DoorDash, Instacart, Netflix and yes, even OnlyFans support that attitude.

Maybe it’s as simple as a hybrid approach that actually goes one step above the return to an actual office.  Perhaps set up an agreed upon outdoor location for at least one staff meeting a week.  Or smaller meetings in backyards or rec rooms.  Rotate the venues.  Maybe connect clusters of workers by zoom for larger meetings?  Or just simply bring lunch to a park and brainstorm there?  Heck, even pre-pandemic teams would congregate with laptops and I-Pads outdoors and exchange ideas.  Some of the most enjoyable and productive meetings we ever had took place lying on a blanket versus seated in a conference room.

I, for one, am open to anything that will allow for the continuation of a 3-D world in some form.  I realize I’m arguably a dinosaur in that regard.  Or perhaps I’m not?  That’s where I honestly invite your input.  What matters more to you and why?  Staying safe?  Or staying sane?  And are they indeed mutually exclusive concepts at this point in our lives?