It’s the first Sunday of baseball season, and for decades that often meant I’d begin several months spent many relaxing hours of ensuing Sundays on a beach towel or sitting in a sun chair poring over standings, team statistics, expanded and exhaustive lists of players’ individual performances and box scores.  My default paper then and even of late was the New York Times, which for my money had the best combination of completeness, condensing onto one page, placement of where each sport or league would be placed above or below the fold, and ability to be read.  The Times’ fonts were easier to read for me even in smaller pica sizes.

As years went on and the internet became prevalent, the need for the team stats and full league individual stats became moot.  We still had leaders, top ten batting average leaders in each league, and expanded stats, as well as box scores.  Over time, the national edition of the Times began to delete more and more information, beginning with out-of-market box scores.  Then after the NBA season resumed in the bubble in the summer of 2020 even the Nets and Rangers box scores disappeared.  I panicked.

Fortunately, I happened to know of the Times’ most respected sportswriters from high school and maintain a direct relationship with him via social media.  He explained then that the staff discussed how to reallot space to information once games did return, and their research confirmed that there was little demand for any box scores.  I actually took an informal poll of avid sports fans I knew on Facebook (what else was there to do at the time?) and they all but unanimously confirmed that they had long ago given up on print journalism period, let alone agate type.  And this sample was skewed toward my age group.  I was crushed but convinced, and I immediately added digital subscriptions to my portfolio–saving money on the print editions in the process.

But the standings continued to run, at least through the beginning of this month.  I opened up last week’s paper to discover that there were no standings for any sports at all.  No English Premier League soccer tables, the league I discovered the joys of agate with when I read them to my nearsighted British-born grandfather line by line, discovering through this process that the middle column were ties, not losses.  No NBA, NHL or MLS.  Nothing.

So I reached out to my fellow chrome dome (and if you knew us in high school, the irony of that is overwhelming) to confirm if this was an oversight.  Nope, he wrote back, this was permanent.  Something about readers being more interested in content than stats they can find online.

I’m not even gonna take a poll this time.  I know he’s right.

I take some solace I’m not alone.  Tim Rowland of the Rockland County Herald-Mail wrote a fantastic column on this very topic last week which my NYT guy forwarded to me and, with attribution, I’ll repost below. 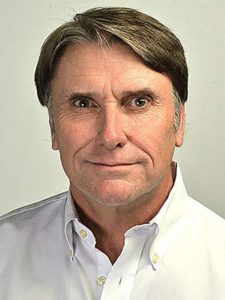 I can’t say it any better and agree completely.  Fortunately, a few papers still do find room for fine print and Sunday habits.  I subscribe to those, too.  And they’re waiting to be pored over.

One more nail was hammered into the societal coffin this week when The New York Times published its Sports Section agate page for the last time.

All good questions. So for those who need a quick education, the agate page is easily the most dense, most information-packed part of the Sports Section, or the entire newspaper for that matter. It’s a daily compendium of sporting tidbits, a World Almanac of obscure information that zero people are interested in, at least you would think.

It’s where you go for box scores, the schedule of games tomorrow in the National Hockey League, boxing weigh-ins, horse racing schedules, results from the Miami Open — is the Miami Open tennis or golf? Who knows? Who cares? — standings in the NBA and preseason baseball games, high school lacrosse scores, the distance traveled by a javelin thrown by the third place finisher in a Boise track and field meet, and startling news including the revelation that the Minnesota Vikings have agreed to terms with guard Chris Reed on a one-year contract, and that Washington Nationals outfielder Andrew Stevenson has cleared waivers and been optioned to Triple A Rochester.

There is so much information, in fact, that printing it in a standard type size would require a separate newspaper all to itself. So it’s printed in the typeface known as agate, which is scarcely one step up from those Buddhist monasteries you hear about, where monks write the entire Tao Te Ching on a single grain of rice. No one over 50 has a prayer of reading it without a jeweler’s loupe. That’s today’s great paradox: The only people who want to read it can’t.

Agate is small and so dense that right there in the middle of a major metropolitan daily newspaper you could write, “JoeBidendecorateshistoenailswithpurplesequins” and no one would notice.

I said that no one is interested in this minutia, but that’s not completely true. It has a scattered following of sports junkies, nerdy kids destined for social ostracism, degenerate gamblers, agents, parents of athletes, die-hard fans of obscure sports and a handful of others who are small in number but, where sports is concerned, have the flaming, unglued passion of Will Smith. There may be only 10 people in every ZIP code for whom this stuff matters, but the United States has a lot of ZIP codes.

You would think, too, that old, ink-stained newspaper guys would be weeping over this passage of an epoch. Agate is a cherished piece of curious but once-essential journalistic nostalgia from another time, like “pica sticks,” “proportion wheels” or “George Will.”

But not really. Anyone who ever worked on the Sports Desk knows that putting out an agate page was similar to Chinese water torture — assuming the Chinese were on a deadline.

Asylums are filled with sports-page copy editors who were driven insane trying to produce a mistake-free sea of type, working with a font generally associated with the size used on bottles of nutritional supplements warning that their product doesn’t actually work.

In the pre-internet days you had to wait for the late box scores to come in from the West Coast. And the agate page was so tightly and painstakingly packed that if one of those games went into extra innings — requiring another line of type — it could overset the page, effectively destroying six hours worth of work and forcing you to rebuild the entire house of cards from scratch … and with the managing editor screamed at you to hurry, because you were holding up the entire paper.

Newspapers were among the first industries to discover that screaming at people on deadline is an effective way to increase quality, productivity and employee morale.

So farewell, agate page. Even though we won’t miss you, we’re sorry to see you go.