When I first moved to LA I was still close to some childhood friends who chose to go down a path toward Orthodox Judiasm and were therefore strictly kosher.  At the time, I had both the largesse of a generous expense account and a far lovelier winter climate than New York City, plus a spare room, so many took me up on my offer to “visit any time” that I threw out in a half-sober request at a raucous all-night farewell party my work colleagues threw for me. 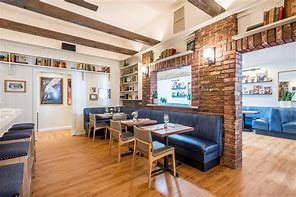 When the frum visited, I was searching for a decent restaurant that fit both the expectations of visitors coming to LA for the first time as well as their dietary laws.  One of my vendors was observant, and he suggested The Milky Way, described as a “dairy” restaurant not too far from the 20th Century Fox lot I worked on.  It was lovely, the ambience dark and inviting, the service was impeccable and I had the most delicious smoked salmon linguini I’d ever had before (or since, for that matter).  I called over the manager to compliment her.    She seemed to appreciate my sentiment, we exchanged names.  When I told her mine, she smiled and said “That’s my son’s name”.   She detected my accent and asked “What brought you out here?”  I huffed my shoulders and said “the industry” and she said “Oh really?  My Steven’s in entertainment, too”.  I asked if he’s been attached to anything I might recognize.  She cackled and said “Probably”.

And then she took me toward a wall dedicated to the works of her son, Steven Spielberg.

As she bragged like any proud Jewish mother, I asked “What does he think HE is”?  She paused and then a light bulb went off,  “A storyteller”, she said.  “He likes to tell stories.”.  I said, “Like Aesop?”  She said “Yeah, but Aesop wasn’t Jewish”.

So Leah Adler, who I later learned was a Los Angeles institution of her own until her death at 97 in 2017, taught me the lesson of being humble, realize even legends don’t hold themselves in necessarily the highest regard, as well as to appreciate seafood pasta not drenched in cheese.

And, apparently, she and her husband taught her Steven well, too.  Anyone who has followed the career of Steven Spielberg knows that many of his best movies are explorations of elements of his childhood, which Vanity Fair documented succinctly last yeat when announcing what has evolved into THE FABELMANS, a semi-autobiographical story about his coming-of-age years which is opening in limited theatrical release this weekend and widely on Thanksgiving Eve.

The notion of an author writing an autobiographical book is nothing unusual, but it’s extremely rare for moviemakers to tell their own life stories on film. That’s what Steven Spielberg is apparently planning to do with his own next project. 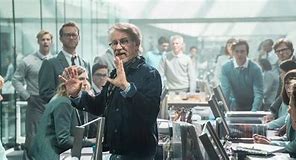 The film doesn’t have a title yet, but a casting announcement from Amblin Partners today revealed that three young actors will be playing the roles of “high school classmates of the young, aspiring filmmaker at the center of the story.” The announcement said the movie was based loosely on Spielberg’s childhood, and will costar Michelle Williams, Seth Rogen, and Paul Dano, as well as Julia Butters and Sam Rechner in unspecified roles.

Spielberg became interested in filmmaking as a young boy, often enlisting his neighborhood friends to perform in homemade World War II battle films and low-fi alien-invasion sagas staged in the desert around his home in Phoenix. The filmmaker’s parents divorced when he was young, which profoundly impacted him emotionally and professionally, with the reunion of parents and children becoming a running theme in his Hollywood projects. He has spoken often about discord with his father, who died last year at age 103, and their efforts to patch things up after decades of uneasiness.

Spielberg’s home life impacted everything from E.T. the Extra-Terrestrial to Bridge of Spies, and he told Vanity Fair last year that his mother’s love of music, particularly the Broadway cast recording of West Side Story, led him to adapt that show.

As Spielberg and co-producer Tony Kushner explained in other interviews,  events of recent years, notably his parents’ passings, motivated him and made this project a renewed priority:

Work on the screenplay for The Fabelmans began in October 2020 during the lockdowns caused by the COVID-19 pandemic, and lasted for two months. Kushner reflected on the experience, saying, “We wrote three days a week, four hours a day, and we finished the script in two months: by leagues the fastest I’ve finished anything. It was a blast. I loved it.”[8] Spielberg, at that time, felt that the climate caused by the pandemic convinced him that the time was now right to make the film, saying, “I started seriously thinking, if I had to make one movie I haven’t made yet, something that I really want to do on a very personally atomic level, what would that be? And there was only one story I really wanted to tell … My life with my mom and dad taught me a lesson, which I hope this film in a small way imparts … Which is, when does a young person in a family start to see his parents as human beings? In my case, because of what happened between the ages of 7 and 18, I started to appreciate my mom and dad not as parents but as real people.”[6] He gave drafts of the script to his sisters, Sue and Nancy, to ensure that their memories be included in the story and that the details in the film were portrayed as accurately as possible.[7].

I have had the good fortune to cross paths with Mr. Spielberg on two occasions.  When his name was attached to Warner Brothers’ syndicated TINY TOON ADVENTURES, he showed up at the press conference to announce its launch, for which I engineered the key deal to get it on the air.  Warner Brothers was a company notorious for hype and sizzle without substance.  I was urged to attend in person to be sure Spielberg’s connection was legitimate.  Not only was Spielberg there, we spent about an hour talking about our mutual love for the Looney Tunes franchise, and I actually stumped him with a reference to a wartime Bugs Bunny cartoon referencing the union leader James Petrillo.  It’s not every day I would get to know something that Steven Spielberg didn’t. 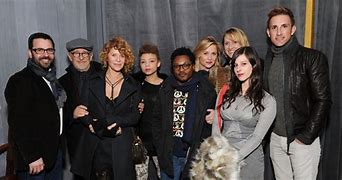 Many years later, I would volunteer at a Beverly Hills synogauge my spouse’s family belonged to, which Spielberg and his family attended High Holy Days services at.  Some of the fellow worshippers who knew my spouse’s family would snark when Spielberg and his entourage would enter midway through the morning service, his extended family usually  a contingent of six or seven.  His oldest adopted children Theo and Mikaela are, respectively, African-American and Asian.  A couple of them would snort “Humph!  Showoffs!!  Like he needs to brag that he’s got children from different cultures!!”

Let me tell you, those two, as well as their sisters and brothers, knew the prayers better than many of those others.  And they all left holding hands together.

So any film that tells the story of how these family values evolved, and the lessons learned along the way, from a storyteller superior to Aesop–not to mention a director superior to almost anyone else who’s ever picked up a camera–is one I’m eagerly anticipating.  Early reviews have been excellent, so apparently I’m not alone.  It’s not WAKANDA FOREVER,  so I suspect tickets will be readily abailable, but to a certain generation it will likely resonate as strongly.  I, for one, recommend it highly.

I’ll probably succumb to some comfort food when I go see it–and I WILL see it in a theatre, darn it.  But I know whatever I eat won’t be as yummy as the smoked salmon linguini.