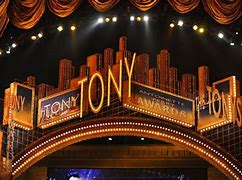 CBS-and, of course, Paramount+00will be in throwback mode tonight, dedicating the majority of Sunday primetime to New York-based live television and a celebration of live theatre.  For the 75th time, and the 55th year on TV, the Tony Awards will be handed out.  Much of America won’t care.

The Tonys are the T is EGOT, and arguably the least accessible of the four awards that make up that coveted acronym.  Broadway is an art form that must be seen in person to be fully appreciated, and since an overwhelming majority of people either don’t have the means or the interest to schlep to New York and drop hundreds of dollars on tickets, its national appeal is by definition limited.  If the EGOTs are the Grand Slam of the performing arts, they are the British Open in golf or the French Open in tennis.  The least popular, but arguably the most traditional.

Now hose of us who had the opportunity to grow up in New York City have a greater appreciation for the genre.  And in the day, tickets weren’t quite as prohibitively expensive, especially when TKTS entered upon the scene.  During my coming of age years, the median across from Times Square was turned into a grand kiosk where tourists and locals would queue up early in the morning for half-price–or in some cases even more deeply slashed–tickets to the shows  and showings that had trouble attracting large crowds.  For me, that often meant snagging tickets for a Wednesday or Saturday matinee, and typically for the less recognizable shows.  The Tony Awards, usually held just before the official start of summer, would in effect be a barker for those shows and would feature performances from many that had recently opened.  So by the time summer vacation began for my family, the elite had already seen the shows, and peasants like us finally could get in on the fun, 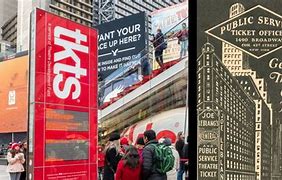 And as I learned, my surname was actually synonymous with Broadway history and the very accessibility of the genre to the less well-heeled.  Joe Leblang (no relation) opened the first discount ticket agency for Broadway shows in 1894.  He was known as “Joe Broadway” (as opposed to Broadway Joe), purchasing tickets in bulk from theatre owners and then reselling the majority of them at half-price plus a service charge.  During its peak in the late 1920s, Joe Broadway was selling 2000 tickets a day in that fashion; indeed, the TKTS model was based upon this legacy.

So when I would go buy tickets and show my ID, the older salespeople who would see my driver’s license would immediately get wide-eyed and ask if I was related.  And, of course, I lied and said yes.  The end result was that I would get discounted prices for shows that weren’t as readily available, and boy did I impress some women I was hoping to have my own live show with afterwards.  For the record, that rarely happened, but the shows we saw were amazing.

And while live theatre is best appreciated live, the Tony Awards provided a way for America to at least experience the talents.  In recent years, Broadway has relied upon known IP and revivals of titles that first debuted decades ago to drive awareness and accessbility. 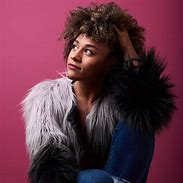 This year the show will be hosted by Ariana Dubose, who starred in the remake of the WEST SIDE STORY film that itself was an adaptation of the play that opened on Broadway in 1957.  Nominees include performers from the likes of FUNNY GIRL and COMPANY, shows I actually saw afternoon matinee performances of in the early ’70s.

Billy Crystal , who rose to the pinnacle of his career hosting several Oscars telecasts, is perhaps this year’s  most well-known nominee for an adaptation of his film MR. SATURDAY NIGHT, which at the time of its release 30 years ago required Crystal to spend hours in makeup aging him up to play the show’s lead, a stand-up comedian who achieves professional success at the expense of personal relationships.  Now in his mid-70s, Crystal recently remarked in interviews he just has to show up these days.

The pandemic has been especially devastating to Broadway, with most theatres only reopening last fall after more than a year of shutdown.  Tourism is still struiggling to regain its foothold, so crowds for this year’s performances have been largely made up of locals.  But like the shows that are being staged they’ve been waiting that long for it, and their appetites are that much more whetted.  Masks are mandatory for most audiences, which with a few noisy exceptiosn like the snob that Patti Lupone personally called out recently are a small price to pay for the experience.  And honestly, in this case, it’s more than understandable.  Many Broadway theatres are a century old or more, social distancing nearly impossible and, frankly, are damn musky. 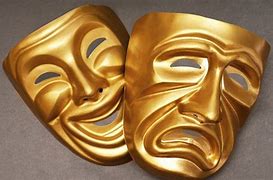 Besides, the very symbols of theatre are the masks of comedy and tragedy, and they’re a lot more effective and stylish than any blue cloth ever will be.  So covering up to enjoy such a unique experience is a small price to pay.

These awards were below a 1.0 rating in young adults even before the pandemic, and aren’t likely to even get close tonight, despite the show finally airing live on both coasts and fully embracing streaming for the first time.  Unlike last year, where the awards were given away online only and a muted two-hour salute to the few shows that had started up then made up the CBS telecast, this year’s awards are a return to their past staging.  But as CBS late nighr executive Jack Sussman notes, the Tony Awards audience is rich and smart and highly desirable to advertisers.  So rest assured you won’t see any My Pillow ads tonight if you watch.

What you will see are actors, singers and dancers who consider Broadway their passion, with the immediacy of a live audience fueling their drive in ways that a movie set or a recording studio simply cannot.  And most are talented enough where you will be able to vicariously share their determination.   Yopu may not make it to Broadway anytime soon, but you might support your local live theatre, and to actors that’s a step in the right direction.  Something beyond Netflix and chill is a positive.

It’s a slow night for most of media, and you’ve probably already seen the latest episode of OBI-WAN and burned through STRANGER THINGS.  Might be a good night for your own throwback experience.