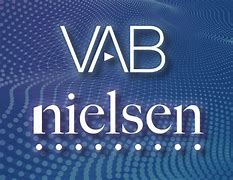 I’m watching the war of words and accusations between Nielsen and the Video Advertising Bureau from an uncomfortable distance, and I’m increasingly concerned that there seems to be more attention being paid to the argument than what is being argued about.

To catch you up, the VAB, which is an organization representing the interests of dozens of linear television networks and advertising platforms, has had a Jones against Nielsen since they discovered that ratings for many of its members during the initial months of the pandemic were decidedly lower than what they had forecast, particularly since total television usage was up significantly in many dayparts as America essentially was at home during the fall and winter of 2020-21.    Nielsen eventually admitted they did undercount many panel households that should have been included but could not be verified since they were inaccessible during those more fearful early months of the pandemic.   But they reinforced that it was also clear that total video consumption was indeed up, and that they would introduce a series of updates to their portfolio under an initiative called Nielsen One.  Nielsen One largely leverages data culled from set-top boxes and smart TVs that minimize the need for human contact and troubleshooting, more closely resembling the methodologies being used both proprietarily by streaming services and more advanced third-party competitors such as Comscore, Video Amp,  iSpot and Samba TV that have carved out significant niches of replacement or parallel business adoption among Nielsen’s client roster.

Nielsen One has an official target rollout date of 2024, one the participants on both sides have labeled as inadequate.  However, what Inside Radio calls “an alpha version” of Nielsen One is up and running already, and recently Nielsen announced it was releasing viewing estimates based on those more advanced methods in tandem with those available from their legacy panel of 41,000 households for planning purposes heading into the 2022-23 upfront, presentations for which are already under way.  Many of them are once again planning to be star-studded in-person events for the first time in three years, with considerable expense and detail being expended by companies looking to reestablish their “juje” with clients and, in many cases, their investors.  Remember there’s been a historic level of launches, acquisitions and consolidations of media companies and their platforms since 2019 as well, a flurry of activity I am most painfully personally aware of.

As Advertising Age has reported, Nielsen claims that “based upon marketplace feedback, both datasets available for buying and selling in the fall.  Our approach will enable buyers and sellers to trade against big data plus panel metrics if they so choose, while giving our clients runway to adapt to this launch”.

Inside Radio went on to report: 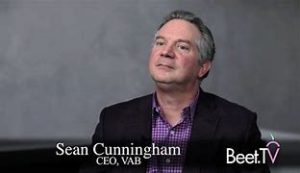 In a publicly released letter to Nielsen CEO David Kenny, VAB President & CEO Sean Cunninghamsays Nielsen should be required to “disclose in detail” information of how the data was created and how to compare the two data sets before the “big data” TV measurement data sets can be considered “as legitimate for eventual TV currency data use.”

“Limited documentation/disclosure from Nielsen has made completing analysis impossible for researchers & data scientists, adding to a large volume of inexplicable differences between Big Data and panel data sets,” Cunningham says in the letter.

The first set of viewing estimates from set-top boxes and smart TVs released by Nielsen is “rife with illogical audience patterns and contradictions” that render it unusable, according to the VAB’s letter.

In its response to the VAB, Nielsen says it was “deeply disappointed” that the trade group raised its concerns in the press instead of having “direct discussion and collaboration with us.” The measurement company said it has been in regular contact with clients, including hosting client webinars and meetings, to go over the methodology used to create the audience data.

In addition, Nielsen suggests that the VAB may have some of its own biases since it represents just TV networks and not the entire video market. “A trade group associated with traditional TV channels is an incomplete and biased subset of the video marketplace,” Nielsen said. “We prefer to work openly with the entire industry to get to the best measurement solution.”

Several of my more auspiced colleagues who remain in the game with networks posted this latest exchange of accusations on LinkedIn, some with personal observations that it is Nielsen’s decision to release the data unilaterally that is most concerning, as they see this as not only being disrespectful to what many see as a history of discourse between the company and its clients that historically was more transparent and that is, in their view, more in evidence with Nielsen’s competitors.
Well, of course, both sides have their points.  It is overly simplistic to assert  as Nielsen did that this boils down to tv vs. tech, particularly as the larger media companies have their oars in both linear and streaming waters.  Disney, for example, announced earlier this week they will make an advertiser-supported version of Disney+ available soon, joining Hulu and ESPN+ in their corporate portfolio and HBO Max, Peacock and Paramount+, among others, in offering both ad-inclusive and ad-free versions of their platforms.  It was further reported that despite their subscriber lag vs. Disney+ Hulu delivered more ARPU per subscribing household with its model than Disney+ was doing with theirs.  Disney’s research czarina Julie DeTraglia also recently announced that they will work with multiple vendors, including Nielsen, Comscore and Samba, as they evolve their strategies.   And when pressed in their 1Q22 earnings call, even Netflix hinted “never say never” when it came to the possibility of ads.
But the concern that VAB and my colleagues express about putting out data that may not be fully baked into the algorithms of some detail-challenged clients with the potential to pay higher rate cards than more savvy and experienced clients will is equally valid.  Remember many tech companies continue to inexplicably put stock in content measurement that may sound impressive but have even more debatable validity than Nielsen One 1.0.  Take Parrot Analytics, for example, Parrot has carved out a business model among many digital-centric content providers by arguing “demand metrics” is a better indicator for the value of a brand that any metric that measures actual consumption.   Its cocky millennial CEO Wared Seger makes that argument constantly in print, at trade shows and, when I was at Sony, at numerous meet and greets where I clearly aged up his room.  In fact, at one event I attended for reconnaissance purposes after my team learned he had an end-around meeting with our top management, I confronted Wared with my personal observation that there may be less real world value to saying someone WANTED to watch a TV show than whether or not they actually did.  I was reminded that for subscription-based services that wasn’t necessarily true.  After all, Costco makes a significant amount of revenue from the $60 a year you pay for the right to shop their discounted aisle.  Point well taken, I admitted. But as Sony was a content-first company about to shed Crackle as a subscription platform, it was my recommendation that Parrot wasn’t something I could endorse to the management that he had somehow managed to present to. 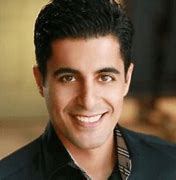 His sneering response stings to this day.  “You remind me of the dad trying to crash the rave in the basement.  Go back upstairs, Dad.  This is OUR party”.   Well, same to you, son of someone who somehow wrote a W instead of a J when you were named.
Wared’s doing a lot better than I am financially these days, and he does still have the ear of many CEOs I’d love to consult with.  So I can’t tell y’all here what I wished I had said to him that night, or even right now.  I suspect you can guess what tone it might take.
What I will say that fighting wars with words rather than facts, and certainly fighting it in the press rather than in private meetings with people who determine if they will continue to pay you millions of dollars per year, is honestly counterproductive.  The companies the VAB represents the concerns of are in dramatic flux, its middle managers under intense scrutiny from skeptical management and investors even more susceptible to end-arounds from the likes of Seger to justify their careers.   The same sorts of pressures face measurement companies, particularly the likes of Nielsen where it has been long rumored another sale may not be that far off.
My sage advice is:  Stop with the press releases, debate in private, be transparent with your findings and listen to each other.   If major league baseball can figure it out, so can you.  And for G–d’s sake, don’t parrot Parrot.
Until next time…