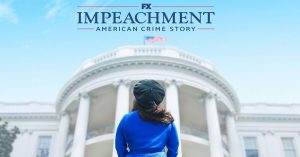 If it’s the week after Labor Day, then it must be time for a great new buzzworthy drama on FX.   This year’s entry, the latest “American Crime Story” season, a scathing retelling of the Bill Clinton-Monica Lewinskyscandal called “Impeachment”, is already off a stellar start, garnering significant favorable social traction.  As someone who visioned this particular week, the de facto start of fall regardless of what advertising flights heading toward Christmas are, as a massive opportunity for FX to garner viewership ahead of its competitors, I’m hardly surprised.

The master architect of this franchise is one Ryan Murphy, who (arguably along with Shonda Rhimes), is the most prolific and influential television creator of the 21st century.  He and his team’s consistent ability to capture pop culture and recent history in anthologies featuring a repetoire of regular cast members reminiscent of the Playhouse 90s of the earliest days of television is remarkable, and they have dozens of awards that reflect it.

One of my proudest professional accomplishments was to earn the trust and respect of true genuises like Ryan . Whenever he’d stop in to meet with my fellow executives on story arcs for upcoming seasons, meetings I was never invited to, Ryan would make it a point to stop by my office, slyly close the door, and ask for a dose of Leblanguage.  “Steve, I’ve just heard the bullshit, can you please give me the facts?”.  Whenever an artist asks for what s/he considers to be an honest assessment of their work, that’s the professional equivalent of responding to a woman who asks “how do I look in this outfit?”.  You walk a fine line between sensitivity and honesty and you almost never feel what you say is sufficient.  With Ryan, I found a rare cross of deeply passionate creative energy and unquenchable thirst to better connect with his audience.  I earned enough of his respect to be invited to his innermost circle, a story I love to tell.

One day Ryan came by for a come-to-Jesus fact check on nip/tuck, his groundbreaking drama about plastic surgeons and the false promises their work offers to solve the problems of those who have it done.  After a few spirited minutes of this counsel Ryan smirked and said, “Hey, I want to run something I’m thinking about by you–could you step into my office?”  I looked at him quizzicly and he motioned to the bathroom across the hall from my office.  “The boys served a lot of iced tea; forgive me”, he said sheepishly.  I followed. 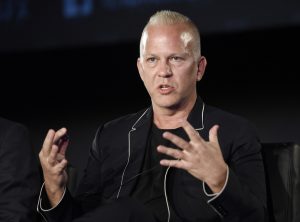 As we stood side by side with the soundtrack of trickles echoing in the otherwise empty room Ryan coyly asked “Did you ever get involved in extracurricular activities in high school”.  I said “yep”, rattling off newspaper, yearbook and orchestra.  As soon as I mentioned orchestra, he triumphantly exclaimed “do you remember how consumed you were by what songs were chosen in orchestra, who got the spotlight, who was dating whom, who wished they were dating?”  Decades-old memories of my own experiences flooded through me as quickly as the urine was leaving me.  I said “you bet”.  Ryan tap-tapped, zipped up and said “I was in glee club.  It was far worse for me”.

And that’s I how first heard of GLEE.

My old boss Peter Liguori had just taken over FOX Broadcasting and Ryan knew I had Peter’s ear.  He finished his elevator (or in this case lavatory) pitch, getting more excited and convincing as he described the characters who would eventually evolve into icons.  Finally he meekly asked “You think you could put in a good word with Peter for this?  I’m really passionate about the idea and I think it would be perfect for FOX.”

Politically naive as I was, but knowing that FOX had more teen viewers than FX, I said”I agree and I will wholeheartedly endorse this if asked”.  Peter did call, I did support it for FOX, he ordered it, and the rest is history.  I’m not so arrogant that I believe my recommend alone got this sold, but just being able to have such a conversation with someone at Ryan’s level was endorsement to me that I had reached a level of relevance seldom seen by many and never since eclipsed for me.