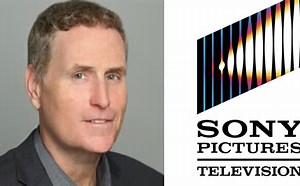 Buried way down the media news ticker on Thursday in the wake of the shakeup that saw Peter Rice depart Disney was the allegedly more amicable parting of the ways of Sony Pictures Television Studios and its head, Jeff Frost.  After a 15-year tenure that saw Frost rise from a business affairs lead to head of the most prolific independent supplier of content in the industry, it was jointly announced by Frost and his current boss, Ravi Ahjua, that he will be moving on by September.

I didn’t know Rice well, but I sure knew Frost.  In fact, at one time I reported directly to him.  I’d like to think that I was one of the executives he was tastefully crediting for the success he enjoyed, particularly the part about working to save series such as COBRA KAI, ONE DAY AT A TIME (the reboot), and ON BECOMING A GOD IN CENTRAL FLORIDA, as well as expensive busted pilots like L.A.’S FINEST.  The fact that efforts I had a significant role in orchestrating so many fiscal liabilities into assets that helped the bottom line he meticulously focused on was, to me, among the accomplishments I personally take the most professional pride from.

But I truly doubt it.  And since Jeff is a public figure, and not a single word I am about to write is untrue, and truth is the ultimate defense, I feel compelled to tell you why, despite my most fervent desire to feel empathy for someone who will soon join me in seeking a new gig, I just can’t bring myself to do so.

Jeff became my boss when his superior learned that he had signed off on a decision to eliminate the positions of myself and another senior executive.  That superior knew me from my prior, more visible tenure at FOX, and he was apparently blindsided when he was reviewing revised organizational charts and my name did not appear on it.  I did not hear from Jeff when I was put through the emotional ringer of learning this news just before lunch on the Wednesday following Labor Day in 2018, and tearfully left the lot later that day (at least with some dignity) but less than 24 hours later his office called and urgently requested I race back over to the lot for a meeting with him and his co-presidents before noon the next day.  Apparently, official news of my departure had not yet reached the balance of my team, most of whom I enjoyed very positive relationships with, and I was told that many of his direct reports and those co-presidents were also stunned to hear that I was being cast aside.

In that tense meeting, the three executives emotionally expressed that they valued my talents and passions.  The two executives who were fron the creative side knew and lived those passions, and I’ve written extensively about how that quality defines all I do.  They said if Jeff and I could work out the details, they would welcome my rejoining them, as we were in the thick of launching many ambitious new series and trying to keep them alive in an ever-challenging competitive ecosystem that the creatives knew I knew as well as anyone, and, by their own admission, better than they did.

When Jeff and I were left alone he stared sneeringly at me and said “Look, you tell me what you want to do, where you think you can best help us, write it up, and I’ll get it done.  We’ll maintain your current salary and benefits.  But be very careful.  It’s a really tough market for folks at your level and, were I you, I would think very hard and long about whether other options are truly out there”.  A few weeks later, based on that input, I took on the task of giving a strategic vision to the marketing division that had recently lost its own longtime head when he joined the team at Apple TV+ that had moved over there a year earlier from Sony.

Now before anyone thinks I’m ungrateful for this resurrection, think again.  There wasn’t a minute I was on that beautiful lot from that moment forward that I didn’t consider a blessing.  Whenever Jeff had a question, I immediately threw my all into it.  Trouble was, Jeff never really had a lot of questions for me.  Regularly scheduled meetings with him were frequently cancelled, and I was effectively left hanging without actual direction for most of my tenure.  In the middle of it, he further restructured our division and brought in a more creative-centric type who I initially reported to j0intly with him who, like Jeff, had minimal interest in actually knowing the why behind what our fans were saying they actually wanted.   The nominal initial budget I had access to was slashed dramatically, I was increasingly uninvited to brainstorming meetings, and I saw the writing on the wall clearly.  And, as it turned out, cruel as Jeff’s previous words were to me, they were precient.  It was—and still is–really tough out there for folks at my level.

My doctors said that the stress of this unfolding reality contributed heavily to my my near-death experience.   When I laid awake all night not knowing if I was necessarily going to wake up, I sent Jeff and my supervisor an e-mail advising them of hat had happened to me.  Even though it was the Christmas holiday, Jeff was engaged on e-mail.  A couple of my more well-liked colleagues welcomed newborns into the world, and Jeff, showing character and leadership, proudly trumpted the good news, supposedly from overseas where he was vacationing.  I didn’t think it was too much to expect for the head of my division, my one-time boss, someone who I once enjoyed a strong enough relationship with to share expensive bottles of liquor and ridiculously overpriced charcuterie while carrying a passed out colleague out of a shocked executive’s hotel room bed at a wonderfully bonding retreat his precedessors had organized, to perhaps acknowledge my note.  A simple “Get Well Soon” would have been sufficient.

I’m still waiting for that e-mail.

I’m still waiting for the exit interview he promised me when I was let go the second time.   Which at the time I wanted simply to thank him.

I’ll give him a pass on that; the pandemic shut the studio down a week later.  But heck, it’s been 26 months, the studio’s reopening part-time and it sure seems like he’s gonna have a few slow summer days ahead of him before he segues into the next phase of his career.   Maybe he might find the time to send that e-mail now?

Right now I’m in some very challenging times.  I can’t seem to get any traction whatsoever with anyone who values my brain.  I’m fairly certain Jeff’s track record and connections will give him many options for his next stop.  After all, when you rise to a certain level as he did, your value is pre-ordained.  He also made far better personal choices than I did, so he’s likely not facing anywhere near the urgency of finding some sort of compensation.

Or maybe I’m wrong, and he may actually have some challenges of his own ahead.  If nothing else, I could offer a sympathetic ear.  Perhaps inspire him with some food for thought that he could use for his professional advantage, the role I was supposed to have been hired for?  Maybe, just maybe, share another charcuterie face-to-face just so I actually hear something resembling an acknowledgement of appreciation, if for nothing else the fact I didn’t DIE on his watch?!?!?

My calendar’s open.  I’d like to believe someone might see this and forward it to him.  Perhaps he might finally prove to me he’s the leader and person Mr. Ahuja’s memo claimed he is?

Good luck, Jeff.  I really hope you land somewhere else soon.  No, really, I mean that.  After all, someone I respect once reminded me that’s it’s a really tough market out there for folks at our level.   Yoiu’re rarely been more accurate.