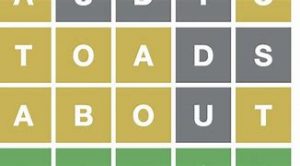 One of the few bright spots of this horrific new year has been the meteoric rise in the popularity of WORDLE, an online word guessing game which has exploded in a manner of months to more than 300,000 daily players, per the New York Times, myself included.

The object of WORDLE is to guess a five-letter word through process of elimination in no more than six tries.  Starting with a random word, you learn how many letters of the five in your word are in the Wordle, either in their exact position (green) or contained in the Wordle but out of position (gold). If a letter in your word is not in the Wordle, a QWERTY keyboard blacks out the letter, and you then work the remaining letters and the ones you discovered into your subsequent guesses.  Extremely addictive, and highly social media friendly.  I defy anyone here to say that they have not seen the Wordle grid pop up in their timelines at least a dozen times a day since New Year’s.

As NYT reported, a Brooklyn software engineer named Josh Wardle “created” the game as an homage to his word game-loving partner.  I don’t know how old or game show obsessed Josh Wardle is, but I suspect he never met Ralph Andrews.  Because, sorry to say, an exceptionally similar concept has existed since at least 1986, has already been a global hit and in its first version eventually paid out as much in prizes as this version.

Ralph Andrews, a prolific game show producer most prominent in the 60s and 70s, was responsible for a game show called LINGO, which was produced in Canada and sold to TV station in the US in 1986 and 1987.  LINGO had teams of two players also guessing five-letter words through process of elimination, with the additional goal of completing a five-in-a-row connection a la Bingo.  Prize money was awarded to winning players, with as much as $64,000 to be won if players avoided completing a five-in-a-row as they drew lots. 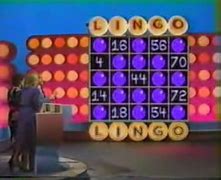 The original host was none other than Michael Reagan, the son of our 40th president.  Reagan supposedly quit midway through the production cycle alleging he had not been paid.  (It was reported that many of the bigger cash prize winners also had not been paid, though my middle-of-the-night web research failed to confirm thta).  In a clear move to lower the budget, Andrews himself hosted later episodes.  Very few stations bought this version, and it soon faded into obscurity.

But elsewhere around the world, the format was produced on more solid foundation, and around the turn of the century versions in the UK and the Netherlands exploded in popularity.  Game Show Network eventually discovered this and wanted to get a US version on its air.  Problem was, they had very little money.  One of the biggest expenses in developing a game show is the cost of building a set.  A few ingenious executives said–“hey, we’ve got a really beautiful set already built in Amsterdam, and there’s an awful lot of English-speaking people floating around here (guess it must have been the allure of the “coffee” bars?). 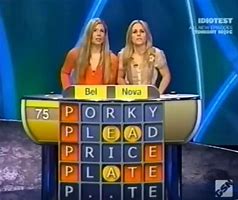 So 40 episodes were produced in 2002, at a fraction of what these shows would have cost to produce stateside.  And relative to the small numbers that previous GSN originals had delivered to that point, LINGO worked.  It eventually produced a total of six seasons.  It was a comeback of sorts for Chuck Woolery, who had dominated daytime lineups with SCRABBLE and LOVE CONNECTION during the 80s. And it continued to be a hit around the world at the same time.  Remember, M-O-N-E-Y is also a five-letter word.

Eventually, that version faded.  A few years later, a new GSN team brought the show back once more, this time in a supersized version with a potential $100,000 grand prize.  The Pennsy-Pinky like rubber balls that were used in the earlier version were replaced by giant-sized silver globes that required two hands of models in Las Vegas to be placed on the contestants’ respective cards.  GSN officials internally referred to this as the “Big Balls” version.  Host Bill Engvall never failed to sneak in a double-entendre or ten as he joked his way through the job.  That version didn’t last.

A good game doesn’t necessarily neeed a big payoff.  It needs play-along capacity and the reward of a successful solve, nothing more.  WORDLE, to its credit, does this magnificently.  There are approximately 12,000 common-used five-letter words in the Engligh language, and with six guesses you’re guaranteed to at least guess one letter contained in that day’s word successfully if you don’t repeat.  The reward of bragging on social media with your “guess pattern” has already reached viral status.   How many greens at the start?  Did you have a couple of mostly black squares in the middle, then have your “aha” moment when you eliminated a bunch of letters?  And, best of all, did you somehow guess in three or–gasp!–TWO tries?!??! 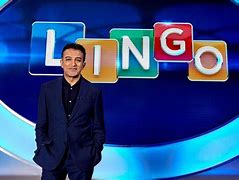 As this winter of discontent, severe weather, renewed lockdown and absolute need for escape unfolds no doubt WORDLE will continue to grow in popularity.  It is inevitable that someone will develop a TV or interactive online version of it; I’d bet what little money I have that those discussions are already well under way.  (LINGO has already been revived in the UK, this time without those dopey Bingo cards). It’s already become popular enough to have been lampooned on Saturday Night Live (ahem, TRUMP is a five-letter word, too).  I’ll keep playing and, yes, I’ll post my daily score until enough people get sick of it.

I’ll say this much:  I’d rather have this than Inauguration Bernie.