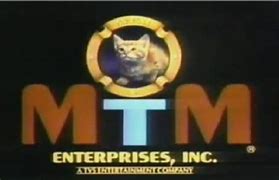 Any sign of normalcy in a world inexplicably resistant to return to normalcy is seen here as exceptionally positive.  For me, nothing was more positive than the fact that MIP-TV was held IN PERSON this week in Cannes, France.  The fact that this week large contingents of actual people finally got on planes, congregated in the famed convention hall and noshed on pizza in the restaurant near the Croissette as an appetizer to a far more formal meal was one of the few truly encouraging things to occur in recent weeks.

I got to attend one convention at this storied venue, joining my global teammates from MTM Entertainment at the fall incarnation of this event, MIPCOM.The first time I saw the Martinez Hotel and the Palais as my cab drove down and down the winding roads into the Lower Croissette —it was breathtaking.  Our team had prepared to sell our renewed portfolio of dramas, comedies and game show formats to the real money pots, the European and Asian networks and channels looking for quality shows to create their own brands, devoid of anything perceived stateside as a CBS, NBC or ABC show or even a syndicated show.  Our task was to customize presentations for buyers that would highlight the images and the look as consistent with their network.   We didn’t use a lot of data; we created an aura.  It was the 25th anniversary of  this globally famous company, and we felt pretty cocky about our chances to make an impact. 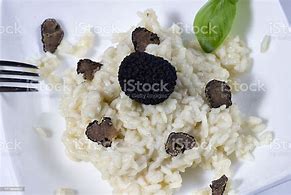 To ready us for this exercise, our president decided our pre-show dinner should be held at the restaurant at the Casino de Monte-Carlo , the setting for many a James Bond movie, just over the border in Monaco. Since our leader believed that the best way to motivate sales executives was to treat them royalty, he cheerfully told us order whatever we wanted.  The likelihood was I was only going to have one meal of my life there, so I was determined to make it a good one.  I eyed the French-language menu with raw desire, focusing on the Risotto au poulet et à la truffe noire avec saucisse. My boss cheerfully told me I had the freedom to order it, though I was suspicious since I didn’t see any prices on the menu.  I learned that night that venues as classy as this simply don’t print them; if you gotta ask, you can’t afford it.  He assured me “It’s rice; how much could it be?”.  I ordered it, and frankly it was at that moment worth every penny to me.

Incredibly, this wasn’t the best meal I had.  Two nights later, as a driving rainstorm moved the normally bustling crowds indoors, a vendor who wanted my business suggested we go within walking distance to a French steakhouse.  I was in.  It was just the two of us; he was the son of a famed researcher who had a deep relationship with our chairman going back to the days he ran a television network and gave the company millions of dollars of annual business.  I was the lucky recipient of their thanks.

It was quiet, but we did hear a large boisterous party in a private room near the bathroom.  I peeked in and immediately recognized the man at the head of the table as my fantasy baseball buddy whose day job was running The Playboy Channel. He was several drinks in and yelled, “BANGER!!”.  His companions were surprised he meant me.  I told him how I wound up here and it was just me and my auspiced colleague and he offered that we join him,  I ran back to our table and said “Brent, take your plate and follow me.  Thank me later”. 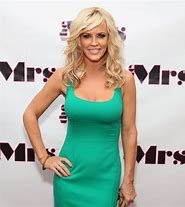 We sat at the end across from a couple of Playmates who were there as the channel’s guest to help sell their shows in more permissive global territories where revenue potential was strong.  I sat across from an immediately recognizable blond with an amazing laugh dressed to the tens in a purple gown.  She held out her hand and introduced herself.  The only thing I could think at that moment to say to Jenny McCarthy was “You must know my friend Todd who did your focus groups in Cancun in a speedo.”. She laughed and said “And that’s when I found out he only had eyes for his husband!!.  This was gonna be a great night.

Jenny suggested I try a white wine she grew to like during her international shoots that she described as a sweeter version of chardonnay, a particular favorite of mine.  And that”s how I learned to love both playboy models and viognier.  Recently I had a chance to have a special meal including both.  I’m grateful.

But as for the risotto in Monaco, that hasn’t been duplicated.  And, in fact, the comeuppance for our largesse came some after we got back to the States when our chairman grimly announced that the owners of the company were demanding more fiscal responsibility.  In a large conference room, he started to rattle off questionable expenses.  The multiple limos we reserved to chauffeur our clients around Cannes.  The food in our exhibition booth,  And yes , our team dinner.  He looked disdainfully at my boss and said “The Monte Carlo casino restaurant!!  Do you know they charged us for $175 for RICE???”.  His face turned beet red and I stared silently into space.  I wasn’t going to say anything, and thank goodness neither did he.

A few months later, my boss was gone, as we several of his lieutenants, and we entered into a full-fledged attrition environment where we lost colleagues weekly. There would be no 26th anniversary and no return to Cannes for me—yet . 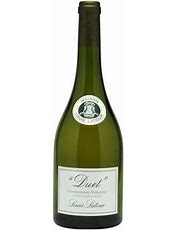 I survived this purge because the buyer was FOX, who I had worked for, and there was an ideal slot for me.  But as I saw the news coming out of Warner Media this week and Sony last month I couldn’t help but feel empathy for those who weren’t getting fired, cuz that puts on the onus on them to be a source of inspiration.  You just can’t be that for people whose lives which were weeks earlier so vibrant now having to face the reality of unemployment.

In my most recent case, the pandemic prevented anyone from even knowing of my departure, let alone offering the chance to hug them.  But things, believe it or not, are starting to look up for me.  I’ll offer my ear and my heart to anyone beginning transition.   And yes, if they drink wine I’ll treat them to a bottle of viognier.