Today is Martin Luther King Day, and even though we’re now approaching four decades of its being celebrated on the third Monday in January to commemorate the birth of the famed civil rights leader, a lot of people in my orbit are still surprised when they realize it’s a holiday.   Some even snark–Lord, it’s been TWO WHOLE WEEKS since we had a three-day weekend!!

And, to be sure, it’s still trying to find its sea legs as a day of rest.  The King family, when they lobbied for its commemoration, never saw this as a way for department stores to have sales and for specialized paper plate sets to be sold (though some actually have been).  What they envisioned was a day of reflection, a day of thought, a day for those of us who have dreams of any kind to reflect upon the all-too-short life of Dr. King, his messaging, and, most of all, try and keep some of the visions he articulated in his preaching and tireless work in the 1960s alive even today, in arhuably even more tortured times than the ones he existed in.

Now, I’m not Black, so I can’t fully appreciate the kind of history and the perceptions on how today’s divided world has evaporated much of the progress that had been made since his time.  But I did live through the year 1968, and it was a seminal time for anyone to come of age and confront the realities of where we were at the time. 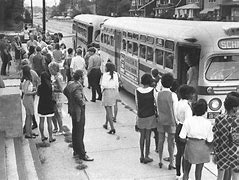 For me, it was early in the era of forced busing in New York City schools.  The previous fall, my elementary school bused in Negroes (yes, that’s what the preferred media term was then) for the first time.   As I recall, roughly a dozen such students were part of the initial wave.   And many were picked on, often as mercilessly as I was.  My obesity made me as easy a target as the color of their skin.  Unlike me, they fought back.  Often with a rage and a violence unlike that I had ever seen from my tormenters.   Sometimes, these fights would co-mingle, and we’d all be hauled into our principal’s office.  My elementary school principal was an older man with little patience for anything beyond the norm, so he didn’t hide his disdain for any of us when we’d be forced to explain what had happened.

My parents noticed that unlike them, who always took the principal’s side and blamed me for my beatings, the parents of the Black children were far more defiant and often justified their kids’ fighting.  My mom, never one to hide her feelings no matter how ignorant, urged me to keep my distance from these kids.  Some of her friends would even “joke”, “Don’t shake their hands!  They may still have sh-t on them!  After all, how can you tell?”.

But in 1968, we were forced to take a more nuanced view of life.  First, Dr. King was assassinated.  Two months later, my parents’ favorite politician, Robert F. Kennedy, was similarly gunned down.   We mourned RFK just as they had mourned JFK five years earlier.  But we didn’t mourn Dr. King.  And that fall, because of my deportment, I was downgraded to a “special problems” class being taught by the school’s first Black teacher.  He was male, of Jamaican descent, with a steely demeanor and a chip on his shoulder the size of a mountain.  Amidst the balance of faculty members who were mostly female and were either Hadassah members or recently married young hotties he stood out like a sore thumb.    He arguably was exactly what the bullies needed in their lives, but, in my case, he scared the crap out of me and my parents.

So when the inevitable showdown came at the parent-teacher conference, he took the opportunity to yell at my parents for never giving me the proper education or skill sets to defend myself.  And he urged them to read Dr. King’s speeches, and would then tell me to remind them to do it.  He’d exclaim “My God!  If you had half the resolve that he had, you’d all go much, much farther!”  I don’t know if they ever did, but I did.   And on days like today, I reread them.

Sure enough, if one would replace the word “Negro” with “Jew”, the parallels of the struggle for respect and to end persecution that Dr. King expressed were eerily similar to the views of pro-Israel supporters and our rabbis, especially not long after the Six Day War.  And when Dr. King talked about “faith” in the closing paragraphs of his “I Have A Dream” speech, the concept of faith was equally as apropos to those who believe in Adonai as for those who believe in Jesus: 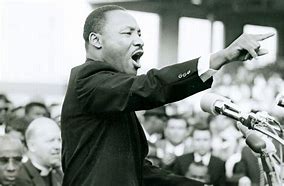 This is our hope. This is the faith that I go back to the South with. With this faith, we will be able to hew out of the mountain of despair a stone of hope.

With this faith, we will be able to transform the jangling discords of our nation into a beautiful symphony of brotherhood.

The first time I read it was the day before one particularly bloody beating I suffered, one that finally set off enough alarms in my indifferent principal to realize that I needed to be transferred into a more academically challenging class.  Those beatings were exclusively at the hands of white Jewish kids, so I was actually relieved to get some distance from them.  But as I was packing up my desk and cubby hole belongings, three Black kids, one who had beaten me up a lot, one guy who had similar weight issues to mine, and one really pretty girl who I had a huge crush on, all came over to me and say “Hey, we’re gonna miss you here.  See you on the playground”.

I shook their hands.  Their grips were powerful and warm and genuine.  And their hands were completely devoid of any excrement.

These days, I dream of a world where people are still OK with shaking hands.  I dream of people who will treat me with respect for my convictions.  I dream of justice against perhaps the one person of color I truly despise, and it’s strictly because this person owes me money and somehow has the friendship of someone who chooses his objectification over my sincere respect and empowers him to treat me shabbily.  I dream of closure.

Those may not be quite as lofty as the hopes and aspirations expressed by Dr. King.  But they mean enough to me that I’m sharing them with you.  Just as he shared his with the world.

So as I try to find energy on a dreary day in LA, with a lot of daytime sports to keep me company, I’ll think of his words.  I’ll think of my classmates from decades ago.  I’ll even think of my scary teacher.  And yes, I’ll think about much more.  Even the person who chooses to be friends with the dude that owes me money.

I hope you’ll think good thoughts for me, too.  At least in your dreams.  And I hope yours come true.