In media research, a common advanced study to identify audience segments is called an “only-only-both”, essentially a Venn diagram mapping of how two particular programs’ viewerships compare and contrast.  Depending upon the business objective, there is potential upside from either conclusion.  If you’re a marketer, you would hope the two shows have a large common audience, so that advertising in one would likely increase the chances of yours being seen at some point by them.  If you’re a salesperson, you’re interested in how much audience is unique to one of them, so as to increase the value and price of the time you’re selling.  In other words, there is value to being both inclusive and separate.

Which is why I’m particularly amused by the intensity of the vitriol offered by Nickeoldeon star and YouTube personality Jo Jo Siwa against Candace Cameron Bure, queen of feel-good content who has recently defected from Hallmark to the fledgling Great American Family.  If you missed what happened, here’s a recap courtesy of Armando Tinoco of DEADLINE: 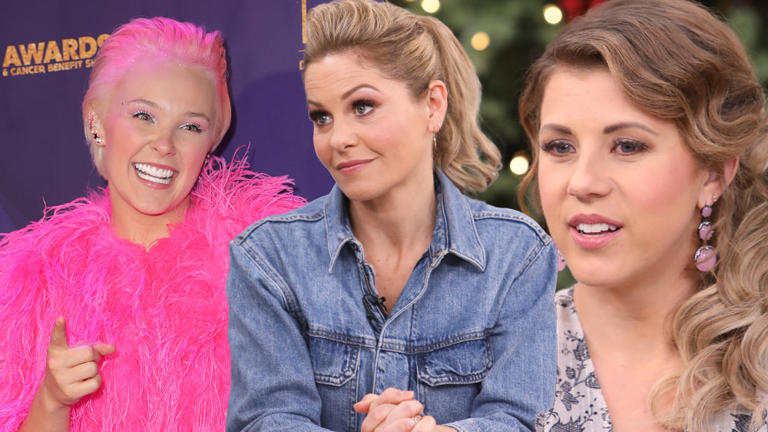 JoJo Siwa is sounding off on Candace Cameron Bure’s comments that her television movies on Great American Family will focus on “traditional marriage” and not members of the LGBTQ+ community.

“Honestly, I can’t believe after everything that went down just a few months ago, that she would not only create a movie with intention of excluding LGBTQIA+, but then also talk about it in the press. This is rude and hurtful to a whole community of people,” Siwa posted on Instagram.

The message received support from Bure’s Fuller House co-star Jodie Sweetin who replied to the post adding, “You know I love you.”

Siwa and Bure had a little tiff earlier this year when a viral video on TikTok had the Dance Moms alum claiming the Fuller House actor was the “rudest celebrity.” It turns out that when Siwa was an 11-year-old, she attended a red carpet for the Netflix series and asked Bure for a photo. Bure declined to take a picture with the dancer and proceeded to take photos with other people.

Bure reached out to Siwa to talk things out and they were able to clear it with Siwa saying she now understands the pressure of being on a red carpet but at a young age didn’t comprehend.

Bure’s comments were featured in a Wall Street Journal article where she reveals the reason she left Hallmark in favor of Great American Family.

“It basically is a completely different network than when I started because of the change of leadership,” she told the publication. 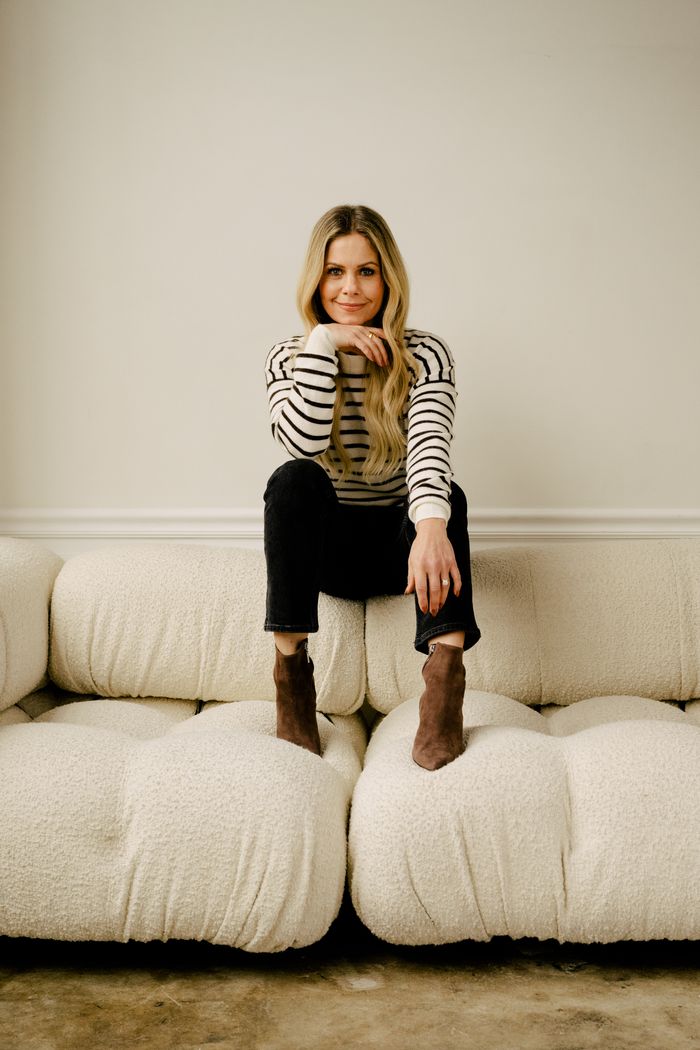 It’s well-known that Bure, as well as her brother, fellow 80s sitcom icon Kirk Cameron, are Evangenicals and have deep connections to their faith.  The Hallmark Channel has ridden its Christmas-themed programming and its continued popularity with that audience base to massive success in recent years, and continues to do so–it is currently the number one network on Saturday evenings when it premieres original movies.  But it’s also well-known that Hallmark is part of a business and brand that is keen on selling greeting cards, and greeting cards have disproportionate popularity and upside with multicultural and LGTBQI+ segments.

The thoughtful WSJ piece which Bure is quoted in from earlier this week detailed some of the conflicting issues that contributed to not only her defection, but also that of former Hallmark Channel chairman Bill Abbott, now the head of Great American Family.  As Ellen Gamerman recounted: 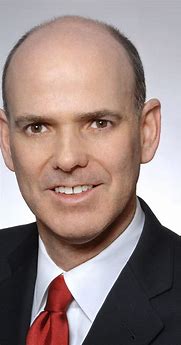 Mr. Abbott, who brought her into the holiday-movie world, is also no stranger to the culture wars. During his tenure at Hallmark, which was marked by tremendous growth, the channel drew criticism that its programming was slow to embrace diversity. Then in late 2019, Mr. Abbott refused to air commercials for the wedding-planning website Zola that featured brides kissing, sparking outrage and sending #BoycottHallmark trending on Twitter. Hallmark apologized to viewers and reinstated the ad. Mr. Abbott left the network soon after, without explanation.

Mr. Abbott said the timing was coincidental and he left in search of a new challenge.

Now, I don’t personally know Ms. Bure and, to be fair, I had barely heard of Siwa before this apparently simmering feud came to my attention.  Let’s face it, I’m clearly not in her demo.  But I do know Bill Abbott, having seen his expertise in selling family values content as part of the Family Channel, which has been the inspiration for both the Hallmark evolution from its Faith and Values Channel roots in the early 2000s as well as Great American Family’s rebrand from the Great American Country channel Abbott’s backers inherited when he resurfaced there.   And I also know that culture war advocates seem to have an incredibly entitled approach to the way they believe representation should be depicted.

The Twitter-verse is heavily in favor of Siwa’s POV, led by actress Hilarie Burton Morgan’s indignent remarks that referenced Bure as a “bigot” , further commenting: “I don’t remember Jesus liking hypocrites like Candy. But sure. Make your money, honey. You ride that prejudice wave all the way to the bank.”.  Hallmark management immediately defended their commitment to diversity, though not necessarily callling out Great American Family for their approach.  As Gameran continued:

Hallmark executives declined to comment on Great American Family. A spokeswoman for Hallmark emphasized the network’s commitment to storytelling that reflects diverse perspectives. “We want all viewers to see themselves in our programming and everyone is welcome,” the spokeswoman said.

Great American Family pushes both Mr. Abbott and Mrs. Bure deeper into culturally conservative territory as other networks are taking steps to trumpet diversity. Next month, Hallmark debuts “The Holiday Sitter,” the G-rated network’s first original holiday film solely focused on an LGBT love story. Asked if she expects her new channel to feature same-sex couples as leads in holiday movies, Mrs. Bure said no. “I think that Great American Family will keep traditional marriage at the core,” she said. 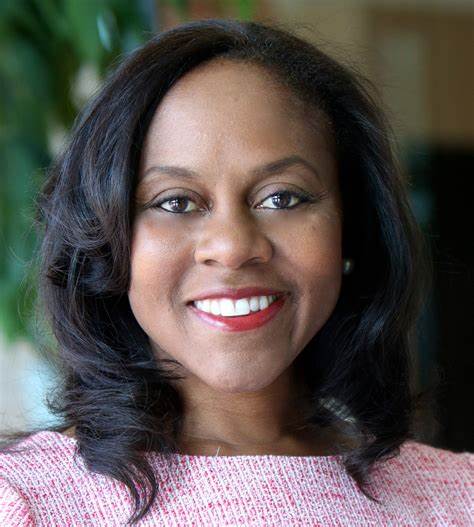 The timing of the Zola.com controversy at Hallmark Channel coincided with the parent company’s commitment to  the expansion and funding of a multicultural line of greeting cards.  The sub-brand name for this is Mahogany, which just happens to be the name of a channel expansion which current Hallmark Channel CEO Wonya Lucas is championing.

And clearly, that approach has merit for Hallmark, and they are far and away still the leader in the battle for Christmas mvoie viewers.  As Gamerman’s story further detailed:

The small network (Great American Family) isn’t included in many basic cable packages, and it lacks an exclusive streaming platform. Its prime-time audience is a fraction of Hallmark’s, drawing roughly 333,000 live total viewers for last month’s premiere of “Destined at Christmas” compared with 1.89 million who tuned in for Hallmark’s “We Wish You a Married Christmas” the same night. People who don’t know where to find Great American Family’s holiday movies are instructed to text CHRISTMAS to a phone number or check the channel’s website.

But that 333K, per Great American Family, broke all previous viewership records for that channel.  And I’m sure their research team is already working on an only-only-both study that will demonstrate how many of those 333K did not watch Hallmark, and why advertisers who would otherwise give 100 per cent of what’s left of their budget to Hallmark might want to consider giving a commenserate proportion to GAF.  (If they’re not, I can help you craft the story).

And isn’t it particularly ironic that Siwa’s insistence on a homogenous approach to representation in media comes from someone whose popularity has skyrocketed from a platform where subscribers effectively program their own playlists, providing their own bubble-like view of the world that is likely to be different from those who might actually prefer the kind of storylines that the movies Bure is championing?

Now, I could throw my hat in the ring for inclusivity from my own point of view.  I don’t feel particularly represented or respected by mainstream media companies these days myself.  Indeed, I had that exact conversation this week with someone who worked at Hallmark recently, and this person all but confirmed my suspicions.  Many of the same underlying reasons for Abbott being shown the door are similar to the ones that same door isn’t likely to open for me.

But I’m not going to tweet about it.  And even if I did, few would care.  Jo Jo’s platform is far greater.  And, like Sweetin, I would vigorously defend her right to express her viewpoint.  I merely lament privately about how many people in my world who claim to support me fail to allow me to express mine.

But in a business where only-only-both can work both ways, I’d offer that she, and those who throw their blind support behind her, perhaps reconsider the right for the views of Bure and her fans to co-exist?  They might actually be surprised how significant the “both” might be.  Incidentally, so might some of my “supporters”

And I guess the real moral of all of this to anyone who has a particularly strong commitment to their own beliefs could be to never deny a fan a selfie, because you never know what that fan might grow up to be.